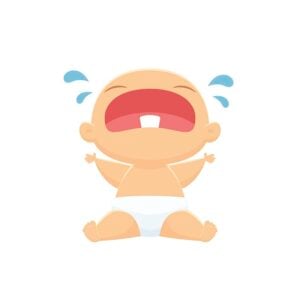 Should the first birthday be on their 3rd month out?

So much of the conversation after Dobbs has been centered on whether the right to choose is one that ought to be protected. And before you cancel me, that’s understandably so! That said, the effects of the decision have rippled into areas one does not traditionally associate with abortions — take cancer treatments or IVF for example. Another, ahem, developing consequence of the decision is that the significance of what exactly is the thing that happens after — or in some cases before — fertilization. Some anti-abortion advocates are going so far as to argue that even IUDs should be made illegal because they prevent the implanting of an egg. Why’s that matter? Because the existential, and consequentially legal, definition of personhood is at stake. Are fertilized eggs or zygotes… people? Roe bypassed the being of the thing that was the subject of lawsuits and medical procedures with its insistence on viability. That moved the stakes of the analysis toward weeks and trimesters, the horror of late-term abortions, what have you. This development bypasses the temporal dimension entirely and is caught up on what these things are.

In the wake of the Supreme Court’s June decision overturning the constitutional right to abortion, old state rules recognizing fetuses as people have new potency, and conservative state legislatures are pushing for powerful new statutes. Critics of these so-called personhood laws worry they will be used not only to criminalize abortion but also miscarriages, the termination of pregnancies that threaten the mother’s life, and some types of contraception.

Granting personhood to a fetus, zygote, or embryo has mundane implications that are interesting to think through, like if pregnant women can drive by themselves in carpool lanes or if expectant mothers will be able to take out life insurance policies for their zygotes, etc.

3. Zygotes shall have birthright citizenship under the 14th Amendment’s Naturalization Clause, regardless of parental citizenship. (2/3)

But there are also liability webs that may catch many a company if zygotes or fetuses are regarded as persons. The developments after Dobbs have already put processes like IVF in limbo. If a fertilized egg qua fertilized egg is not only alive but a person, IVF doctors are pulling body counts that make Jeffrey Dahmer look like Mr. Rogers. Will companies whose waste ends up in a fetus’s lungs and contributes to a lowered quality of health or death be sued in civil court for loss of life or loss of chance of life? Criminal court even? If personhood, will child support begin at conception? If a person from a different country makes it to American soil, has sex, and isn’t deported within 3 minutes of ejaculation, should there be a presumptive hold placed on her deportation? Conception can happen within 3 minutes after all. Can’t just go deporting American citizens willy nilly, now.

Maybe thinking through the theoretical consequences of labeling a fetus a person is a distraction from the actual people who are going septic because doctors are afraid that if they treat what is very clearly a miscarriage that they will lose their licenses. Interesting times, these.

Is a Fetus a Person? The Next Big Abortion Fight Centers on Fetal Rights [Bloomberg]

Chris Williams became a social media manager and assistant editor for Above the Law in June 2021. Prior to joining the staff, he moonlighted as a minor Memelord™ in the Facebook group Law School Memes for Edgy T14s.  He endured Missouri long enough to graduate from Washington University in St. Louis School of Law. He is a former boatbuilder who cannot swim, a published author on critical race theory, philosophy, and humor, and has a love for cycling that occasionally annoys his peers. You can reach him by email at [email protected] and by tweet at @WritesForRent.