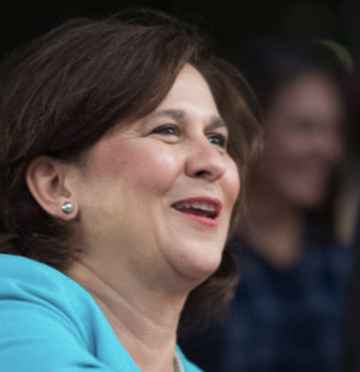 Rhode Island elected officials went to some length to create laws intended to prohibit coordination between the unlimited campaign dollars that PACs and “dark money” operations can dump into elections and a candidate’s campaign apparatus. These laws are clear that coordination is prohibited – and with good reason. If we allowed coordination between campaigns, PACs and dark money, then all of the rest of our campaign finance laws would not matter at all.

“‘Redboxing’ is an illegal practice in which campaigns publish messaging and signal to supportive super PACs what material they should use in their ads,” according to Campaign Legal Center.

It matters that the Gorbea campaign is actively working to end-run Rhode Island’s campaign finance laws regarding coordination. Did the campaign ask for official guidance on whether or not redboxing is allowed under RI law? I strongly suspect not. Without asking for that guidance, the Gorbea campaign has made a specific decision to potentially violate the law and take the risk that anyone noticed. This seemingly cavalier attitude towards the clear intent of RI law is a terrible look for someone who wants to be Rhode Island’s next governor – and a far worse look for the State’s chief elections officer.

That a sitting Rhode Island Secretary of State has made the decision to so blatantly snub Rhode Island’s campaign finance laws is shocking. What is more shocking is that the Gorbea campaign’s response to this issue can be summed up like this: Other campaigns have more money than we do, so we are doing what we must to get more money.

If redboxing and other transparent efforts to coordinate with dark money and PACs is allowed to continue, Rhode Island’s independent expenditure laws will be reduced to jokes and Rhode Island will be the wild west of campaign finance.

There are different sets of laws and regulations regarding coordination between PACs and campaigns. Since Gorbea is running for RI governor, RI campaign finance laws apply, rather than federal laws.

RI’s laws regarding “independent expenditures” fall under RI’s campaign finance reporting laws, found in RI General law section 17-25-23, where the definition of coordination can be found. The law identifies coordination in subsection (1) as: [If] [t]here is any arrangement, coordination, or direction with respect to the expenditure between the candidate or the candidate’s agent and the person making the expenditure.

Further, 17-25-23 states that if coordination is determined that any monies involved would be considered NOT to be an independent expenditure that can be made without limits by super PACs, but instead monies to which RI’s strict campaign finance laws would apply, which severely limit how much money a PAC may give to a candidate.

17-25.3-4 lays out penalties for violating this part of RI’s campaign finance laws, and lays out two different types of penalties: 1) Conviction of violating the above laws is, upon conviction, a misdemeanor offense, with a $1,000 fine per violation; and 2) the Board of Elections may levy a civil penalty of $1,000  or up to 150% of the monies inappropriately spent, whichever is greater.

So, two different RI enforcement bodies can play a role in policing the Gorbea campaign’s adherence to RI’s campaign finance laws regarding independent expenditures: the Rhode Island Board of Elections and the Attorney General’s office.

Based on my reading of the law – and with full disclosure that I am not an attorney – it appears to me that Gorbea campaign employees, as well as anyone representing a PAC could be subject to misdemeanor charges if they are found to be violating RI’s laws against independent expenditure coordination and the PAC runs ads that are patterned on the guidance found in Gorbea’s redbox.

Also, any PAC found guilty of coordination can be liable for civil fines of 1.5 times the value of the ads that were run that were determined to be coordinated. 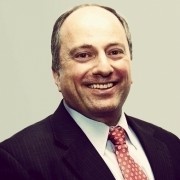 Ken Block is a businessman and a former candidate for governor of Rhode Island.