‘We owe our whole legal profession – solicitors, barristers, court staff and judiciary – a debt of gratitude for keeping the wheels of justice turning over the last two years.’ So said justice secretary Dominic Raab addressing the House of Commons in March this year. While his words read well, they are hard to stomach given the current state of the criminal justice system. 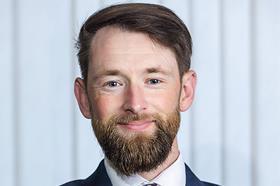 In December 2021, Sir Christopher Bellamy published the Independent Review of Criminal Legal Aid (CLAR) commissioned by the Ministry of Justice back in 2018. This appeared two years later than expected.

The justice secretary told the Commons that the government ‘matched the Bellamy recommendations on the quantum of investment and on the… uplift for fees’. Bellamy’s review has received praise from virtually all parties involved and there is little resistance to the notion that the criminal justice system requires urgent investment.

However, the level of investment is a significant stumbling block for the legal profession. The Criminal Bar Association at the outset of the government’s response to CLAR made it clear that the proposed percentage of increased spending would not be enough. In response to the government, the Law Society said that it simply could not support what the government was putting forward. Bellamy was unequivocal – a ‘minimum’ 15% increase across the board is needed to nurse the system back to health. The government’s proposals would see solicitors receive a total increase of around 9%, well below Bellamy’s recommendation.

But funding is not all that is needed. The criminal justice system currently has the highest backlog of outstanding court cases ever. Some suggest that this is largely due to the Covid pandemic, but the facts do not support that. In 2010 there were around 900 courts in total. Fast-forward to 2019, a year before the pandemic hit, and there were just 620. In March 2019 there were around 31,000 outstanding Crown court cases and by March 2020 this figure had increased to over 41,000. It is thought that the current backlog stands at somewhere over 70,000 but the true figures cannot be identified without official statistics being released. Throughput is hampered by the fact there are fewer court staff, more cases and an ever-rising backlog resulting in a bottleneck when it comes to completing cases and receiving receipts in magistrates’ and Crown court.

There is a dearth of solicitors joining the criminal law profession and there is a crisis when it comes to solicitors leaving it. It is hard to see why solicitors would want to join when they could receive more money elsewhere.

Given the Criminal Bar Association’s recent ‘no returns’ policy, junior lawyers are most likely to suffer from an increased workload. The Society has stated that criminal law is no longer an attractive career option for junior solicitors or barristers, which I wholeheartedly echo.

Regardless of the percentage increase and irrespective of the government’s response following the consultation period, there are still serious questions over how an increase in funding would be transferred into the criminal justice system and what it would look like. Junior lawyers and lawyers across the board are unlikely to receive any increase in remuneration, thus compounding the profession’s retention, succession and diversity issues. The majority of funding would likely not be accessible to firms until the completion of cases, meaning that it could be as late as 2024 before there is any real return. Notwithstanding that soaring inflation compounds the issue further, the current proposals put solicitors back where they were before 2014.

The whole criminal justice system is in crisis and the MoJ cannot continue to claim that it is taking the matter seriously with the government’s proposals in their current form. The system needs saving from itself. It may not be long before it is unrecognisable.