The counter-reaction against the constitutional revolution comes from diverse sources, from both within the legal system and outside it. This is part of a wider shift in Israeli public opinion, as also reflected in the emerging preference to appoint judges with a conservative agenda. One of the main casualties of this counter-reaction is the abuse of process defense doctrine, imported by Israeli courts from English law in the 1990s. For Israel, a country with no constitution, this was a major boost for individual rights, especially the basic human rights to due process. According to the doctrine, if administering a criminal proceeding substantially infringes on the sense of equity and fairness, even if a defendant committed the crime attributed to him, the court may revoke the indictment against the defendant without convicting him.

Recently, the Supreme Court (Justice Amit) went so far as to criticize the excessive use defendants and their advocates have been making of the abuse of process defense in recent years. According to Justice Amit, abuse of process claims divert criminal proceedings from the correct path and from the purpose of investigating the truth, make the criminal process even more cumbersome and protracted, and effectively create a reversal of roles, as “the defendant becomes the prosecutor, and the prosecution must now prove it has acted lawfully.”

However, the doctrine has recently received inadvertent support from an unexpected source, as adopting the “aggregation theory” has become common practice among defense counsel.

Adoption of the “Aggregation Theory”

The “Nisso Shaham affair” caused a major stir in the Israel Police. In what was nicknamed the “commissioners affair,” over a short period of 16 months, seven commissioners retired or were dismissed from the police, after the Israel Police’s internal affairs unit investigated them on suspicions of sexual harassment and other sex crimes.

Only a few of these cases were prosecuted. In the Shaham case, the prosecution was able to prove that despite a conflict of interest (because of his consensual intimate relationships with female junior police officers), former Jerusalem District Police Commander Shaham handled various requests these officers made in a professional capacity (change units, staff a position, take leave to study, and so on).

However, the legal difficulty in the Shaham case was that even though the overall pattern arising from his conduct was wrongful, none of the acts crossed the line to criminal by themselves. This gave rise to the legal issue: might the defendant, a public servant, be convicted of fraud and breach of trust because of a recurring pattern, even if each specific act is not, by itself, an offense? This question led to a dispute among the courts, and eventually arrived before the Supreme Court.

The Supreme Court answered affirmatively in its majority opinion. It set the legal precedent that the “aggregation theory,” with the underlying legal ideology that “a broad view is required, as opposed to breaking the conduct down to smaller particles and analyzing each particle individually,” ought to be adopted. Thus, a conviction of breach of trust may be established based on aggregated actions that do not comprise an offense by themselves.

However, the aggregation theory’s implementation has recently taken a surprising turn in a new decision by the Tel Aviv District Court. In an obiter opinion, Judge O. Maor asserted that the aggregation thesis ought also to be applied to abuse of process claims. According to Judge Maor, revoking an indictment against a defendant ought to beexamined considering the authorities’ aggregated defaults. Thus, even if each individual default does not cross the line to violating the principles of justice and fairness, adding up all the defaults could establish a “total” that crosses the line to substantial infringement of the principle of justice.

Applying the “aggregation theory” to abuse of process claims substantially lowers the burden on the defendant. Nowadays, the defendant must point at a serious flaw in the authorities’ conduct, a flaw that severely violates the principles of justice. Statistics reveal that this burden of proof is very heavy, even impossible. On the other hand, pointing out multiple small defaults (which are very common) is much more easily done, and it would allow the defendant to clearly point out aggregated defaults that amount to a “material violation of the principles of justice and legal fairness,” establishing the abuse of process defense.

This is admittedly only an obiter opinion of the court, but as the saying goes, a gun appearing in act one will fire in act three. Once the legal basis for applying the “aggregation theory” to the abuse of process defense has been laid, this gives the defendant a very powerful tool, and defense attorneys are likely to use it extensively. According to some estimates, this claim might be former Prime Minister Benjamin Netanyahu’s main line of defense in his various legal cases.

Tue Jun 7 , 2022
The Biden administration is doubling down on the color-conscious policies that were the hallmark of its first year in office through a series of “action plans,” which it released through every executive bureaucracy last month. Only this time, in a bid to avert legal reversals, the administration is concealing its racial spoils […] 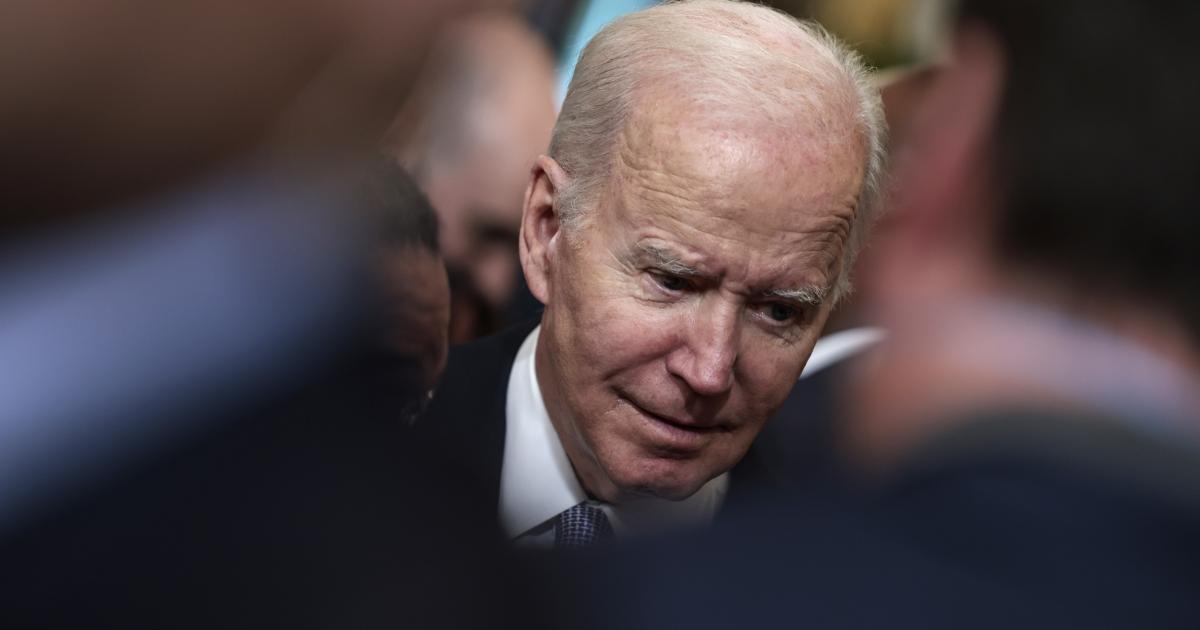