Deborah Watts, a cousin of Emmett Till, the Black 14-year-old from Chicago who was abducted, tortured and lynched after he allegedly whistled at a white woman, holds a poster on March 11, in Jackson, Miss.

Deborah Watts, a cousin of Emmett Till, the Black 14-year-old from Chicago who was abducted, tortured and lynched after he allegedly whistled at a white woman, holds a poster on March 11, in Jackson, Miss.

After a century-long effort, lynching is now considered a federal hate crime. The Emmett Till Antilynching Act — signed into law by President Biden this week — is meant to hold people convicted of hate crimes accountable. But legal experts warn that the law may not be as effective as intended.

The law targets defendants who conspire to commit a hate crime that results in serious bodily injury or death. Federal prosecutors can now seek up to a 30-year sentence — in addition to prison time stemming from other charges, such as murder or assault.

Kara Gotsch, deputy director of The Sentencing Project, argues that compiling sentences does more harm than good. One reason she cites is because there’s little proof that hate crime laws such as the anti-lynching act actually deter hate crimes.

She says that the certainty of a punishment is more likely to prevent crimes, rather than the severity.

“We often react and assume that somehow crime will end if we just make sentences longer or punishments tougher,” Gotsch tells NPR. “But that’s not how crime works.”

The federal government has previously supported this position. In a 2016 report, the Justice Department found that laws and policies intended to deter crime by focusing on increased sentences are ineffective. This is partly because people know very little about criminal sanctions for specific crimes.

The Sentencing Project, which advocates for reforms within the criminal legal system didn’t endorse the law, but worked with the office of Rep. Cori Bush, D-Mo., to negotiate the law’s maximum penalty down to 30 years from the originally proposed life sentence.

“We did not endorse the bill because we don’t believe in expanding criminal punishments and creating additional federal crime,” Gotch says.

But with overwhelmingly bipartisan support in both chambers of Congress, lawmakers voted to enhance sentencing under the new legislation — even with other hate crime statutes on the books. The anti-lynching measure follows a recent rise in hate crimes across the country.

In the criminal legal system, people convicted of hate crimes that would be considered textbook lynchings under the new law have been dealt severe sentences in the absence of anti-lynching legislation.

In February, for example, the three white men involved in the murder of Ahmaud Arbery, a 25-year-old Black jogger, were convicted in federal court of hate crimes. They are currently awaiting sentencing for their convictions — in addition to their life sentences in the state of Georgia. In 2015, white supremacist Dylann Roof killed nine members of a Black congregation in South Carolina. He was convicted of federal hate crimes and has been sentenced to death.

When it comes to the new anti-lynching law, experts speaking with NPR also warn against propping up a criminal legal system that disproportionately incarcerates Black Americans. Researchers and civil rights advocates point out that hate crime laws are often applied against the communities they are designed to protect.

A June 2021 report from Stanford Law School and the Brennan Center for Justice revealed that although hate crime laws are meant to prevent bias-motivated violence, they are not free from bias-motivated enforcement.

Shirin Sinnar, a Stanford Law professor who worked on the report, told NPR that those numbers are higher than expected.

“We don’t know how many people and who is actually charged with or convicted for a hate crime,” she says.

The data is not precise, partly because it’s based on voluntary reporting that does not account for prosecution, conviction and sentencing. Additionally, hate crime victims often do not report.

But the numbers signal one thing that experts say the federal government could do to effectively deter hate crimes: support and education. Stanford’s report points out that hate crime laws focus on punishment instead of healing and supporting affected communities.

Sinnar says this means acknowledging past racial violence and its pervasiveness, through reparations or public lynching memorials.

“It’s not just taking down statutes of Confederate generals, but also marking the sites in our history where thousands of people were lynched,” she says.

“There is something very important to be able to call a crime what it is,” he says. “The federal government was incapable of calling a lynching what it was until this week.”

But he also agrees that educational efforts would be a better tool to actually deter hate crimes.

“It’s much better to prevent a hate crime than to have a new law that needs to be investigated and enforced.”

Tue Apr 5 , 2022
A team of students from the University of Virginia School of Law placed second in this year’s International and European Tax Moot Court competition, which culminated April 1. This year’s team members are Timothy Blauch ’22, James Collins ’22, Natalie Mauch ’23 and Hunter Shaw ’23, with Bolton Smith ’22, […] 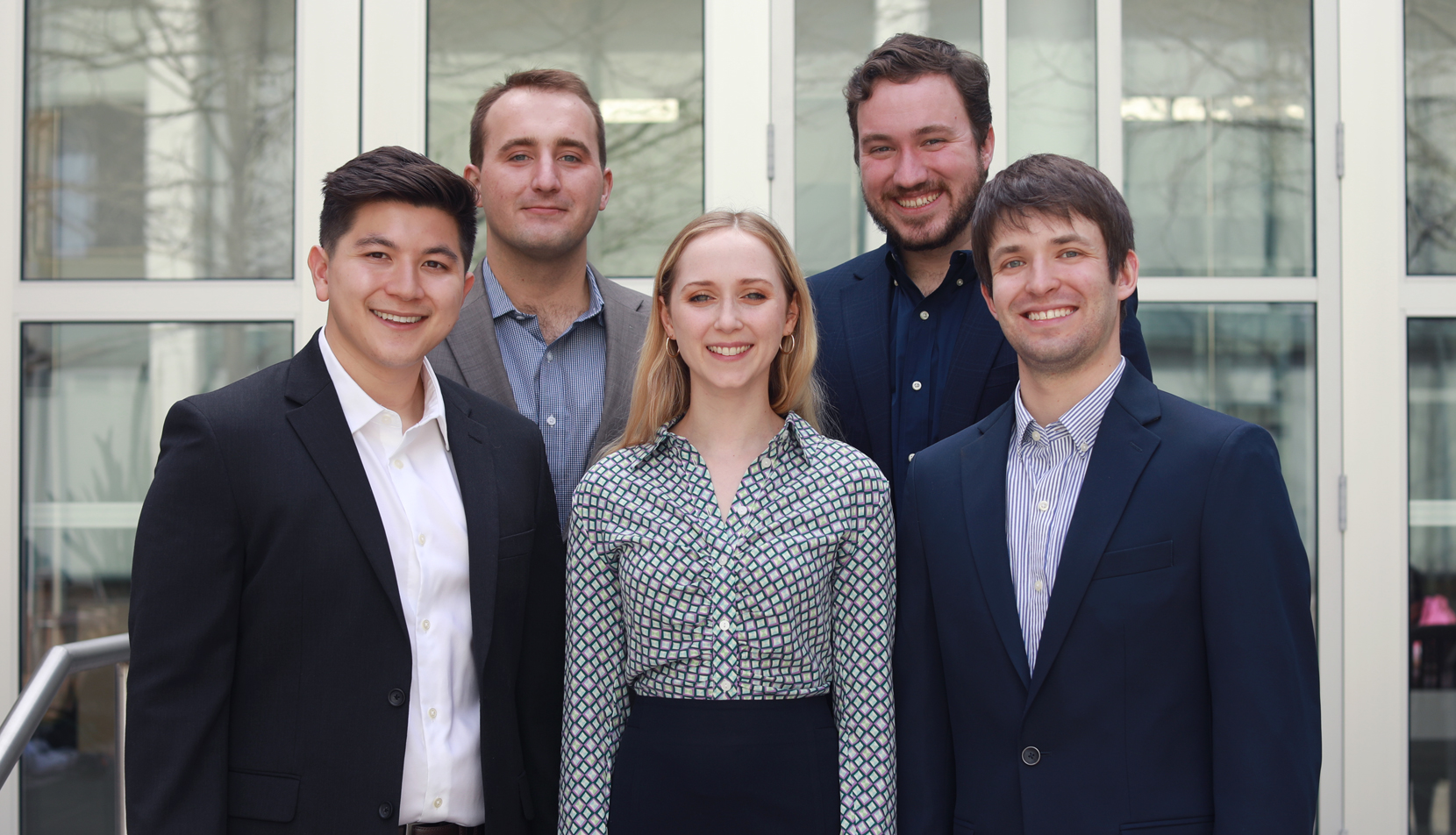