Federal prosecutors in New York have opened a criminal investigation into whether Wells Fargo violated federal laws by conducting sham interviews of minority and female job candidates, according to two people with knowledge of the inquiry.

The investigation is being conducted by members of a newly created civil rights unit inside the criminal division of the Manhattan U.S. attorney’s office, the people said. They requested anonymity because they were not authorized to speak publicly.

The investigation, which is in its early stages, was spurred by a May 19 report in The New York Times that centered on a whistle-blower, Joe Bruno. Mr. Bruno, a former Wells Fargo employee, and others said bank managers were interviewing job applicants whom the bank deemed “diverse” — a catchall term for racial minorities, women and members of other disadvantaged groups — for roles that had already been promised to other people.

These sham interviews were the result of the bank’s quest to increase diversity — a noble goal that became twisted in practice because, some employees said, it was more about recording the bank’s efforts to hire more minorities than actually hiring them.

The practice was tied to Wells Fargo’s “diverse slate” policy, which stipulated that at least half the candidates interviewed for jobs paying $100,000 or more needed to be “diverse.” The rule was put in place in mid-2020. However, the practice of conducting fake interviews existed long before then, because Wells Fargo had a similar unwritten policy.

A Wells Fargo spokeswoman declined to comment on the investigation.

It is not clear what, if any, charges could result from the investigation. But it shows a new willingness by federal authorities to pursue criminal prosecutions of civil rights violations at a time when hate crimes are on the rise — especially because the criminal code is seldom applied to the treatment of workers or customers by corporations.

The civil rights unit handling the Wells Fargo inquiry was created in November by Damian Williams, the U.S. attorney for the Southern District of New York.

Under federal law, for instance, it is a crime to interfere with “an applicant for private employment” in a way motivated by the applicant’s “race, color, religion or national origin.”

In creating the civil rights unit, Mr. Williams said federal authorities needed to reconsider how the justice system treated issues of discrimination. Pursuing criminal cases, he said, would make efforts to get justice for victims of discrimination “more effective.”

Since then, another 10 current and former employees have shared stories about how they were subject to fake interviews, or conducted them, or saw paperwork documenting the practice. The people spoke on the condition of anonymity because they feared retaliation from Wells Fargo or their current employers.

In an interview on Monday, Bei Ling, Wells Fargo’s head of human resources, said she did not believe the fake interview practice was “a systematic issue.” Employees had not complained about it, she said.

“During these past eight months I can tell you I have never heard such a thing from the recruiting community,” Ms. Ling said. “I have never even heard the words ‘fake interview.’”

She added that there was no way for the bank to understand the scope of the problem unless employees spoke up. “We can’t act on things that we don’t know,” she said.

In some instances, there were written records of the practice of conducting fake interviews. In late 2020, just days after Wells Fargo offered a job to a person who counted as “diverse” by the bank’s standards, a human resources employee asked that person to apply for a different job at the bank, according to an email reviewed by The Times.

The first offer was still on the table, the Wells Fargo employee explained, but the bank also wanted to show that it had “qualified candidates” for both roles. “Simply book keeping for us,” the employee wrote in the email.

On Monday, Wells Fargo’s chief executive officer, Charles W. Scharf, announced that the bank would temporarily pause its “diverse slate” rule to study its implementation and make changes to prevent more fake interviews from being conducted.

The bank had already been experimenting with ways to streamline its hiring process. In February, Wells Fargo began a pilot program that did away with job postings and the “diverse slate” interview requirement in cases where internal candidates had been identified. The goal was to make it easier for employees to move to new roles within the bank. Until then, every job had to be posted and “diverse” candidates interviewed in keeping with the policy, unless managers specifically applied for an exemption requiring approval from high-level executives.

Ms. Ling said the pilot program had nothing to do with problems arising from the “diverse slate” rule.

Wells Fargo has been working its way through an organization-wide cleanup of its business practices for the past five years. Beginning in 2016, it was publicly revealed that the bank had been opening fake accounts in customers’ names without their knowledge, charging some of them bogus fees on mortgage loans and forcing others to buy unnecessary auto insurance. The scandals have cost the bank more than $4.5 billion in fines.

In early 2018, the Federal Reserve imposed an asset cap on Wells Fargo, restricting it from growing until regulators were satisfied that its risk management practices and its treatment of customers had stabilized. The bank’s leadership has turned over since then, and Mr. Scharf took over in the fall of 2019. Regulators have still not given Wells Fargo the all-clear.

Its woes have continued.

A group of Black homeowners recently sued the bank for stalling on refinancing their home loans. The Securities and Exchange Commission fined Wells Fargo $7 million for failing to properly follow anti-money-laundering laws. And Rohit Chopra, the director of the Consumer Financial Protection Bureau, put Wells Fargo atop a list of “repeat offenders” that he proposed should be stripped of their operating licenses because they were violating too many financial regulations.

Wed Jun 15 , 2022
What is a sanction? In essence, a sanction is a legal instrument adopted by the United Nations, the EU, or an individual country, such as the US or the UK, to achieve a foreign-policy and/or national-security goal. Usually, sanctions are imposed in response to armed conflict, the invasion/annexation of an […] 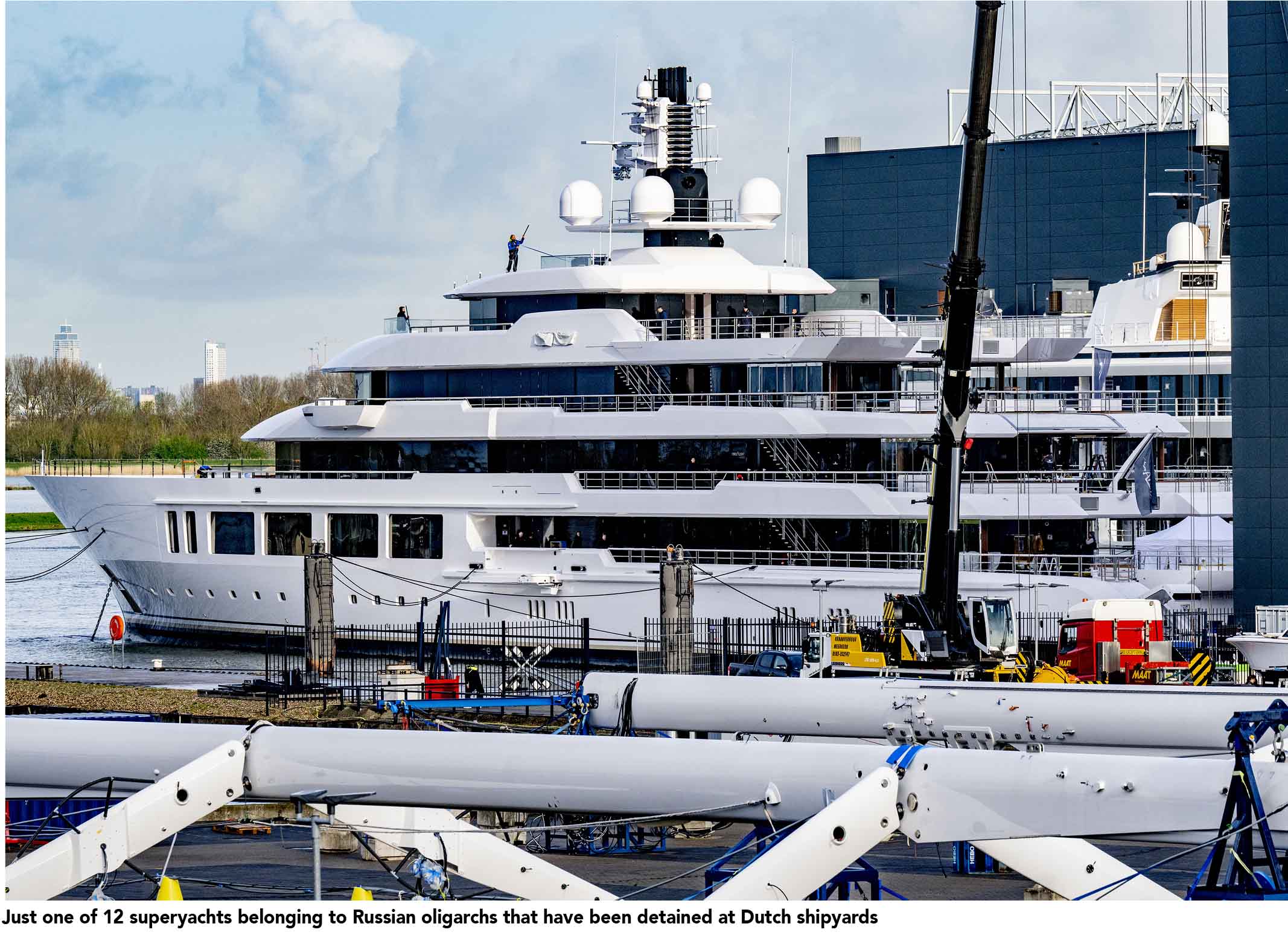