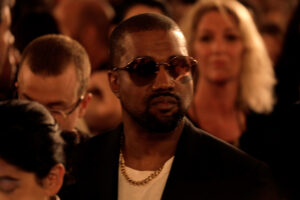 Kanye West’s antisemitism continues to have repercussions for the rapper’s legal representation. West’s problematic behavior spans more than just the antisemitic rant that got him temporarily banned from Twitter — yeah, Elon Musk has already indicated Ye will be back on the platform. He also spread vicious, unfounded rumors that it wasn’t former police officer Derek Chauvin that caused George Floyd’s death but rather fentanyl — and as a result he is facing a $250 million lawsuit. Plus he wore a “White Lives Matter” shirt to his Yeezy fashion show.

And there have been consequences. He lost deals with Balenciaga and Adidas. He was dropped by Creative Artists Agency, and film and television studio MRC announced they were ditching a completed documentary on West. Now he’s been kicked to the curb by Biglaw firm Quinn Emanuel.

William Burck, Co-Managing partner, provided Above the Law with the following update regarding Quinn Emanuel’s representation of Ye:

“QE has withdrawn from representing Mr. West and will not represent him in the future.”

Well, damn. Kanye is 0 for 4 when it comes to Biglaw firms willing to sign up to represent him. First Brown Rudnick decided they were done with Ye when he refused to back off of his antisemitic comments. Cadwalader — which previously represented the rapper in his separation from Gap — also dropped Kanye. And Pryor Cashman ended its longterm engagement with Ye.

Quinn’s representation of Ye became public when the star posted what appeared to be a text message between himself and an attorney at the firm.

Kathryn Rubino is a Senior Editor at Above the Law, host of The Jabot podcast, and co-host of Thinking Like A Lawyer. AtL tipsters are the best, so please connect with her. Feel free to email her with any tips, questions, or comments and follow her on Twitter (@Kathryn1).