As noted in my introductory post, I had the privilege of inducting Professor Ron Levin into the Senior Fellow ranks of the ABA Section of Administrative Law and Regulatory Practice. This is the highest honor in the Section, as we have only inducted twenty Senior Fellows in the Section’s history.

Ron Levin is the William R. Orthwein Distinguished Professor of Law at Washington University in St. Louis. He has served in the Section for more than four decades, including as Chair in 2000-01 and as the Section’s Delegate to the ABA House of Delegates since 2014. To this day, Section leaders look to him as a source of institutional knowledge.

Professor Levin has played a critical role in numerous Section accomplishments. In addition to chairing many committees and contributing to many Section publications, he has been the principal author of a host of Section reports. Several of these have dealt with judicial review topics, including remand without vacatur and a comprehensive survey of case law on the scope of judicial review. Other reports written by Professor Levin have dealt with such diverse subjects as lobbying reform, retroactive rulemaking, congressional ethics, and proposals for revision of the APA. In addition, he spent many months representing the Section during the drafting of the 2010 Model State Administrative Procedure Act.

Professor Levin’s tremendous impact on the field of administrative law parallels his legacy in the Section. As one of the leading administrative law scholars of his generation, Professor Levin’s treatise, law review articles, and other scholarship have shaped the field’s direction for decades. For instance, his article Rulemaking and the Guidance Exemption, 70 Admin. L. Rev. 263 (2018), received the annual ABA Administrative Law Section Award for Legal Scholarship. As Professor Ronald Krotoszynski noted when announcing the award, Professor Levin’s article “makes a major contribution to the literature by showing, in very persuasive terms, that the seemingly unsolvable problem of distinguishing interpretative rules from legislative rules . . . could be solved through the adoption ‘of a single test, namely the binding norm test [courts] already apply to policy statements.’”

Professor Levin’s impact on the field is not confined to his scholarship. He is extensively involved in law reform activities. Whether that involves testifying before Congress, speaking at Justice Department summits, or serving in the Administrative Conference of the United States, Professor Levin has defended and advanced a vision of the administrative state that promotes the rule of law, stability and fairness in administration, and effective governance. As Professor Jeffrey Lubbers put it last year on the Section’s Notice and Comment blog, Professor Levin’s “accomplishments, scholarship, leadership, and behind-the-scenes activities have left a lasting legacy and helped steer our discipline in a straight and steady line through stormy political times.”

Professor Levin’s ARLN Chair’s Comments provide a window into his vision and impact on administrative law. In his first column (Fall 2020), he declared that “federal administrative law may be ‘no longer young,’” as “the range of doctrinal ferment has narrowed.” “The maturing of administrative law,” he continued, “has resulted in a regulatory system in which the basic ground rules, while not simple, have begun to look fairly recognizable to those who toil regularly in the area.”

One should not be surprised that officers of our Section were to be found in the thick of the action. During much of November, an observer could have noticed senior leaders of the Section on both sides of the partisan divide—with our Chair-Elect acting as a spokesman for the Bush campaign, our Last Retiring Chair organizing the Gore campaign’s recount challenge, and a recent Section Delegate arguing the Bush cause in the Supreme Court and other federal courts.

Professor Levin began his column in this manner “to observe that, despite competing allegiances that many of us bring to public law, we also agree on quite a bit about the needs of administrative government.” He then went on to introduce the Section’s Report to the President-Elect, concluding that the “Section prides itself on its commitment to promoting policies that will result in fair and effective governance in the long run, no matter who holds power in the short run.”

In his final column (Summer 2001), Professor Levin declared that “[o]ne of the principal missions of our Section is to lead the way toward modernization of government in light of new realities.” After recapping the Section’s various activities that advanced this mission during his year as Chair, he turned to the Supreme Court’s decision in Whitman v. American Trucking Ass’n, 531 U.S. 457 (2001). He explained that he agreed with the outcome, but had a “modest suggestion” for the Court—namely, that it “should overrule the nondelegation doctrine completely.” He continued:

Let us posit, as we begin to contemplate this possibility, that the validity of delegation itself is not the issue. Proponents of a vigorous nondelegation doctrine acknowledge as much—despite their fondness for quoting Locke’s aphorism that the legislature’s power is “to make laws, and not to make legislators.” In a society of over a quarter billion inhabitants, the idea that Congress could make all the important decisions is sheer fantasy. No advanced industrialized country exists without policymaking by a bureaucracy, nor could any possibly do so.

These snippets from his Chair’s Columns capture nicely Professor Levin’s legacy in administrative law. His Section service and scholarship alone warrant the Section’s highest honor of Senior Fellow. But those of us (myself included) who have been fortunate to learn from and serve with Ron over the years have also benefited from his kindness, grace, support, wisdom, and good humor—all qualities that represent the very best of our Section’s membership.

This essay originally appeared in the Winter 2022 issue of Administrative & Regulatory Law News, and the introductory post is available here.

Sun Apr 17 , 2022
Gov. Kathy Hochul on Thursday vowed to further roll back parts of the state’s controversial criminal justice reform law — including closing the “Raise the Age” loophole and giving judges more discretion in setting bail in cases. The measures, stemming from negotiations between the governor and state lawmakers and unveiled […] 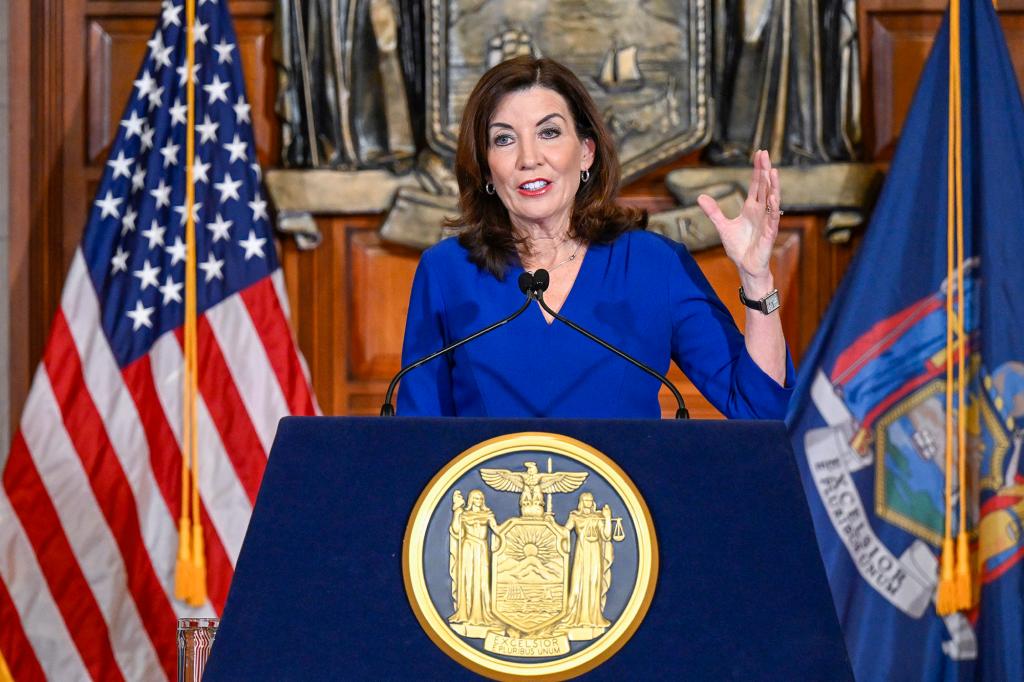