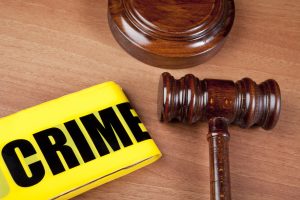 Sometimes all it takes is one bad decision to end a career — and a life. A Georgia lawyer was recently sentenced to life behind bars with the possibility of parole after he struck and killed a man who bounced a golf ball that hit the lawyer’s Mercedes.

Bryan Keith Schmitt, 51, senior counsel at Manhattan Associates, a software development company, was convicted earlier this week of malice murder, felony murder, and aggravated assault in the death of real estate developer Hamid Jahangard, 60. Law360 has the details on what happened:

The incident occurred around 5:30 p.m. on July 30, 2019, on River Valley Road in the Sandy Springs neighborhood of metropolitan Atlanta. Jahangard had been on the phone and bouncing a golf ball while standing at the driveway to one of his investment properties, prosecutor Pat Dutcher of the Fulton County District Attorney’s Office said.

Dutcher said Schmitt, who was on his way home from work, acted “out of anger” and accused Jahangard of throwing the golf ball at his car instead of approaching the situation calmly. Schmitt knew that he was too far forward in the road to make a clean 90-degree turn into the driveway, Dutcher said.

As a result of the incident, Jahangard’s leg was broken and his skull was fractured. He died from his injuries two days later.

Schmitt testified that he didn’t see Jahangard as he “slammed on his brakes,” and merely wanted to question the man about the golf ball. He said that he’d beaten himself up over the “tragic accident” for more than three years. Schmitt stated that he never intended to intimidate, harm, or kill Jahangard. Schmitt’s lawyer — his own criminal law professor — noted that his former student had never committed a crime and had no motive. He reportedly told jurors that only a “psychopath” would intentionally run someone over in broad daylight when so many witnesses were present.

Schmitt received his life sentence the same day he was convicted. He’ll be eligible for parole when he’s 81 years old.

In-house lawyer will be eligible for parole at 81 after conviction for fatal car collision [ABA Journal]
Ga. Atty Gets Life Sentence After Murder Conviction [Law360]

Staci Zaretsky is a senior editor at Above the Law, where she’s worked since 2011. She’d love to hear from you, so please feel free to email her with any tips, questions, comments, or critiques. You can follow her on Twitter or connect with her on LinkedIn.