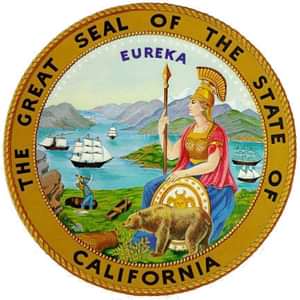 When California’s Racial Justice Act becomes applicable to the cases of prisoners on the state’s death row beginning in January 2023, it will vastly reshape the legal landscape of the state’s death penalty, legal reform advocates say.

The California Racial Justice Act for All, passed by the state legislature on August 28, 2020 and signed into law by Gov. Gavin Newsom September 29, provides death-row prisoners retroactive relief from convictions or death sentences that had been obtained “on the basis of race, ethnicity, or national origin.” The law, experts say, has the potential to vacate hundreds of death sentences imposed in the state since the 1970s.

“This is the biggest blow to the death penalty” since Newsom declared a moratorium on executions and dismantled the state’s execution chamber, said Natasha Minsker, a lawyer and policy adviser for the legal reform organization Smart Justice California, which pushed for passage of the bill. Under the new law, “a lot of cases will get another look,” she told the San Francisco Chronicle, and “[i]f the law is applied the way it was intended, the majority of those death sentences should be removed.”

“Black, brown and Indigenous communities have been plagued by racist policies and overrepresented in our prisons and courts for far too long,” Fatimeh Khan, co-director of the American Friends Service Committee’s California Healing Justice Program, said. “For those incarcerated due to racial bias, [the new law] provides a path forward to fight the systemic racism that has contaminated our legal system.”

The act, which already has been applied to bar prosecutors from seeking the death penalty because of racist comments and discriminatory conduct by police and prosecutors in pending cases, requires courts to overturn a capital conviction or death sentence when the judge, a lawyer, a law enforcement officer, an expert witness, or a juror in the case “exhibited bias or animus towards the defendant because of the defendant’s race, ethnicity, or national origin” or “used racially discriminatory language about the defendant’s race, ethnicity, or national origin.” Once a capital conviction or death sentence has been overturned, the law prohibits the state from again seeking or imposing the death penalty.

The legislative sponsor of the new law, Assembly Member Ash Kalra (D–San Jose), said the retroactive application of the Racial Justice Act will provide the courts an opportunity “to meaningfully address the stark racial disparities in our sentencing history.”

The San Francisco Chronicle reported that 28% of those currently incarcerated in California state prisons are Black, 45.4% are Latinx, and 20% are white.

EXPLAINER: Why the ERLC still opposes the Respect for Marriage Act | Baptist Life