The criminal legal system is largely not prepared to handle individuals with dementia who either age into the disease while incarcerated or face criminal charges as their mental capacity diminishes, according to a report released this week by an American Bar Association commission.

Judges, prosecutors and defense attorneys may not recognize that an older person charged with a crime may be dealing with neurocognitive decline attributable to dementia, which can change an individual’s behavior and affect their ability to control themselves, make choices and form intent, according to the June 15 report by the ABA Commission on Law and Aging.

Should a person develop dementia while incarcerated, it can take time for guards or other authority figures to realize that a person is dealing with neurocognitive decline and act on it, leaving the individual vulnerable and increasingly exposed to the dangers present in the nation’s prison systems, according to the report.

“Traditional correctional facilities are dangerous and inappropriate for a person with dementia,” the report reads. “Placement options for people with dementia and a history of violence are nearly impossible to find in most communities.”

The tactics that are typically used, such as socially isolating an individual as a way to protect them or sending them to a psychiatric hospital — which are often not equipped to treat those with dementia — do not get to the root of the condition, according to the report.

We need to develop and implement an efficient method for dementia screening in jails and prisons across the nation. 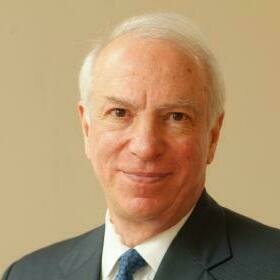 The criminal justice system needs to take dementia seriously and implement reforms on the scale of how it has improved dealing with mental health issues in the last couple of decades, Richard J. Bonnie, director of the Institute of Law, Psychiatry and Public Policy at the University of Virginia School of Law, said during a virtual discussion Wednesday on the report.

“We need to develop and implement an efficient method for dementia screening in jails and prisons across the nation and for accompanying metrics regarding the effects of pertinent policies and interventions,” Bonnie said. “Policy responses are needed at every stage of the criminal process.”

One challenge is that few long-term care facilities are equipped to deal with individuals with dementia who have a history of violent and sexual acts, leaving many jurisdictions with few adequate locations for where to relocate such individuals, according to the report.

Researchers highlighted several programs throughout the country that are developing specialized care settings, either as part of health care administered in a correctional setting or in community-based facilities that focus on caring for those who are hard to place, for those who are deemed to be “high risk.”

The law also needs to develop better methods for dealing with individuals in the nation’s courts who are dealing with neurocognitive decline, Debra A. Pinals, director of the Program in Psychiatry, Law and Ethics at the University of Michigan Law School, said during Wednesday’s discussion.

“Advocacy should also center around identifying a pathway to criminal processes that factor in dementia and reduce the potential for findings of guilt and assist in creating a safe off-ramp from trial processes,” Pinals said.

Have a story idea for Access to Justice? Reach us at [email protected]

Sun Jun 19 , 2022
State lawmakers have moved to preserve the status quo on lawyer regulation Bill would effectively shut down state bar efforts to foster new approaches to the delivery of legal services (Reuters) – Lawmakers in California have moved to shut down two experimental programs investigating whether looser regulations on legal services […]