The recreational cannabis industry is ready for takeoff, which means New Jersey is about to mint hundreds of millions of dollars through the sale of a mostly benign product that helped destroy countless lives in our neighborhoods and worlds beyond.

That doesn’t mean the adult-use marijuana business won’t be profitable and desirable for our state, but amid the perky anticipation of this massive undertaking, it cannot be forgotten that this historic step must be about restoring social, economic, and racial justice.

Put simply, this may be an economic windfall for the state at large, but it’s also payback time for the people and the communities that were eviscerated by this harmless drug.

And so far, it’s a tentative thumbs-up.

One positive sign is the consistency with which the Cannabis Regulatory Commission has emphasized social equity in its regulations and messaging. The announcement of Thursday’s launch was no different: CRC chair Dianna Houenou vowed that this industry will be built “on the pillars of social equity and safety,” and that the business would “reflect the diversity of the state.”

It helps to review what that means and remember that the eye of vigilance, as Jefferson said, must never close.

The law states that 30% of recreational marijuana licenses must go to minorities — women, disabled veterans, and people of color – and the CRC delivered in its recent approval of 68 conditional licenses, as 33 were rewarded to Black entrepreneurs and another 9 to Latinos.

This prevents large out-of-state operators from dominating the market, but these licenses are merely a pathway. The small businesses still must find a site, gain municipal approval, and apply for a full annual license.

And since they only have four months to do it, they could use some help.

Rev. Charles Boyer, the founder of Salvation and Social Justice, believes the state should provide these start-ups with seed capital, “which means access to no- and low-interest loans for expansion,” he says. “That kind of long-term support is going to be critical.”

Indeed, New York State has just created a $200 million equity fund for this purpose, and advocates believe that’s something New Jersey can do. The CRC said it has been working with the Economic Development Authority, but we haven’t heard any details. But it’s worth noting that the EDA gave a medical marijuana dispensary a $357,000 loan in 2013.

Bottom line: “If we really want to get to equity, it has to be a really intentional focus – and that’s money, that’s prioritization, that’s waiving some fees, that’s having real technical assistance,” said Ami Kachalia of the ACLU.

The state is in the process of correcting our most egregious mistake: Last summer, the Administrative Office of the Courts began expunging the records of 360,000 people who were arrested on marijuana charges. It is unclear, however, how many remain incarcerated for cannabis offenses (there are 40,000 nationally), and Gov. Murphy has yet to address the clemency request made by non-profits such as the Last Prisoner Project, which should not need to remind him that New Jersey arrested Blacks at 3.5 times the rate of whites for marijuana, despite similar usage rates.

These folks will need jobs, so the CRC has told medical cannabis facilities cleared for recreational sales that they’ll be assessed on diversity in hiring and management, and their records will be posted regularly on the CRC website.

Also, the law states that 60% of the tax revenue from the recreational market must go to “Impact Zones,” which are those areas hit hardest by previous marijuana laws. The formula is set in law, and based on population, crime index, and the percentage of marijuana arrests.

The CRC held three regional public hearings in March to solicit input about how the state should spend the revenue, and the suggestions were as diverse as New Jersey itself. But let’s be clear: For decades, the war on drugs resulted in massive investments in a criminal legal system that funneled people into prisons wholesale. Now it’s time to reinvest in communities shattered by that war and to use the revenue for civic priorities such as education and social services and health care.

As Kachalia put it, “You don’t get to equity unless you prioritize it from the start. When they set up industries in Colorado and Washington State, they didn’t have an equity focus. It’s like baking a cake and then trying to fix it. You can’t say equity will come. It has to be baked into every layer from the start.”

If you want to know how easily this can be screwed up, cautionary tales are everywhere.

Social equity is a fantasy in Illinois, where the industry is dominated by large-scale growers, and the flawed lottery system that determines license rewards has been held up by a torrent of lawsuits. For good reason: When the first list of license winners for recreational sales was announced in 2020, it contained zero people of color. And as the lawmakers who promised diversity scratch their heads, Illinois is a national joke.

Or consider California, where 75% of all marijuana is still sold on the black market after six years of legal weed: In its largest jurisdictions, only a fraction (8%) of the businesses are run by equity licensees. The Los Angeles Times reports that programs run by Black and Latino entrepreneurs “have been plagued by a lack of funding, shifting requirements and severe delays in processing applications, often creating additional hardships and roadblocks instead of removing them.”

We have no doubt that the CRC, run by smart people, is learning from those fiascos.

Rev. Boyer, who brings a healthy skepticism to any discussion, says he is “extremely hopeful going forward,” because he believes New Jersey’s market will “have one of the strongest – if not the strongest – social equity components in the country.”

But we must prove it every day. Let’s make sure we get this right – with justice as a fixed beacon – and bring everyone into the circle of opportunity that belongs there. Let’s give the rest of the country a righteous jolt and make them take notes.

Our journalism needs your support. Please subscribe today to NJ.com.

Does the bar exam cost too much? These law profs think so 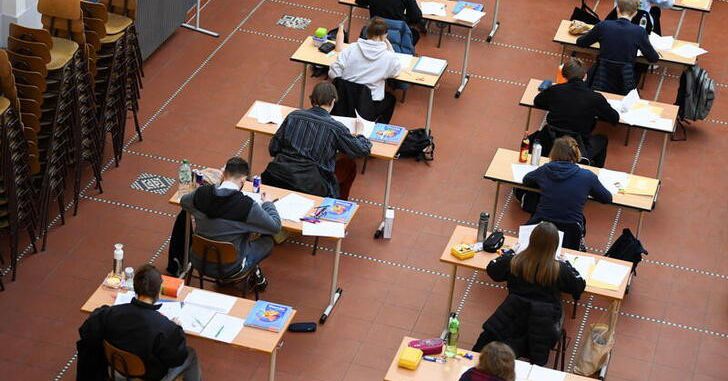