In 2020, MPs probing an area of English law that allows anyone to try to prosecute whomever they want made an unsettling discovery. At the time, no one was keeping a record of how many “private prosecutions” were being brought.

Such black holes of information are common in English law. Even basic information about goings-on in the courts of England and Wales is, at best, difficult or expensive to obtain and, at worst, completely impossible.

It is said that English courts are the envy of the world, the legal equivalent of the Rolls-Royce. But, like luxury cars with tinted windows, they also offer customers a substantial degree of discretion. “We have a really strong rhetoric around open justice, but that doesn’t match the practical reality,” says Natalie Byrom at The Legal Education Foundation.

In the High Court, where the most important civil disputes take place, hearing notices are published just a day in advance, case records cost £11 per document and even judgments are not all publicly available. A recent study estimated only about half of judicial review judgments are available on Bailii, a free website. The rest are held on commercial databases, although the government is at last introducing its own repository.

Elsewhere, things are worse. Secrecy in the family courts has been near total, and is only recently beginning to loosen. Criminal crown and magistrates’ court cases are largely unknowable to anyone who is not physically present. But how does one know when to turn up? Advance lists come at a price.

These high barriers to public access stand in contrast to the US system, which I got to know over three years as the FT’s US legal and enforcement correspondent. In American courts the question is: “Why shouldn’t the public see this?” In the UK, we seem to ask, “Why should they?”

The US Public Access to Court Electronic Records system, or Pacer, is a one-stop shop for federal courts, both civil and criminal. You can view the court’s calendar and get a detailed account of a case from start to finish. Filed documents are generally immediately available and cost almost nothing; Congress is passing a law to make them entirely free.

In other respects things might be far from perfect across the Atlantic, but “if I take a step back and get outside of the US, it’s actually quite good here”, says Seamus Hughes, a court transparency advocate and researcher at George Washington University.

There’s less to be cheerful about in England and Wales, where much of the patchwork of systems for accessing information has been “designed for practitioners, not necessarily the public”, says Gavin Sheridan, co-founder of Vizlegal, a legal intelligence platform. Courts have been stretched to breaking point by funding cuts.

Outside attention is regarded with a wary eye by British lawyers and judges. “We start from the proposition that the only people interested in litigation are the parties, and the only broader public interest is in seeing that justice happens,” explains Jolyon Maugham QC, who heads the Good Law Project campaign group. He calls it “a kind of cultural thoughtlessness”.

That proposition is baked into procedural rules that make only a small selection of case records presumptively available. To see the rest, you must ask a judge’s permission. Even when open justice is affirmed at the highest levels, so too are its “ask nicely” limitations.

This suits both litigants and lawyers: money likes secrecy. As one barrister warned in 2019, “populist demands” for greater transparency could drive the wealthy (and presumably their wallets) to “offshore jurisdictions that are more sympathetic to their reasonable desire for privacy”.

Whether it suits the public is another question. They have a justice system that is functionally hostile to outside analysis on everything from economic crime, to abuses by oligarchs, to how courts treat the highly vulnerable in society. As Byrom says: “We go around trumpeting how brilliant our justice system is, but where’s the evidence? Without the data we can’t make those claims.”

There are some signs of progress, but it is slow going. The government recently introduced a register of private prosecutions for the first time. You have to ask to see it.

Fri Apr 15 , 2022
Award recipients Kennedy Wirth and Elsa Gran pose with faculty Tammy Reynolds and Tim Reynolds at the spring 2022 College of Business Executive Advisory Board awards banquet. Students in Ohio University’s College of Business are being recognized for their outstanding achievements and contributions to their communities as part of 2022 […] 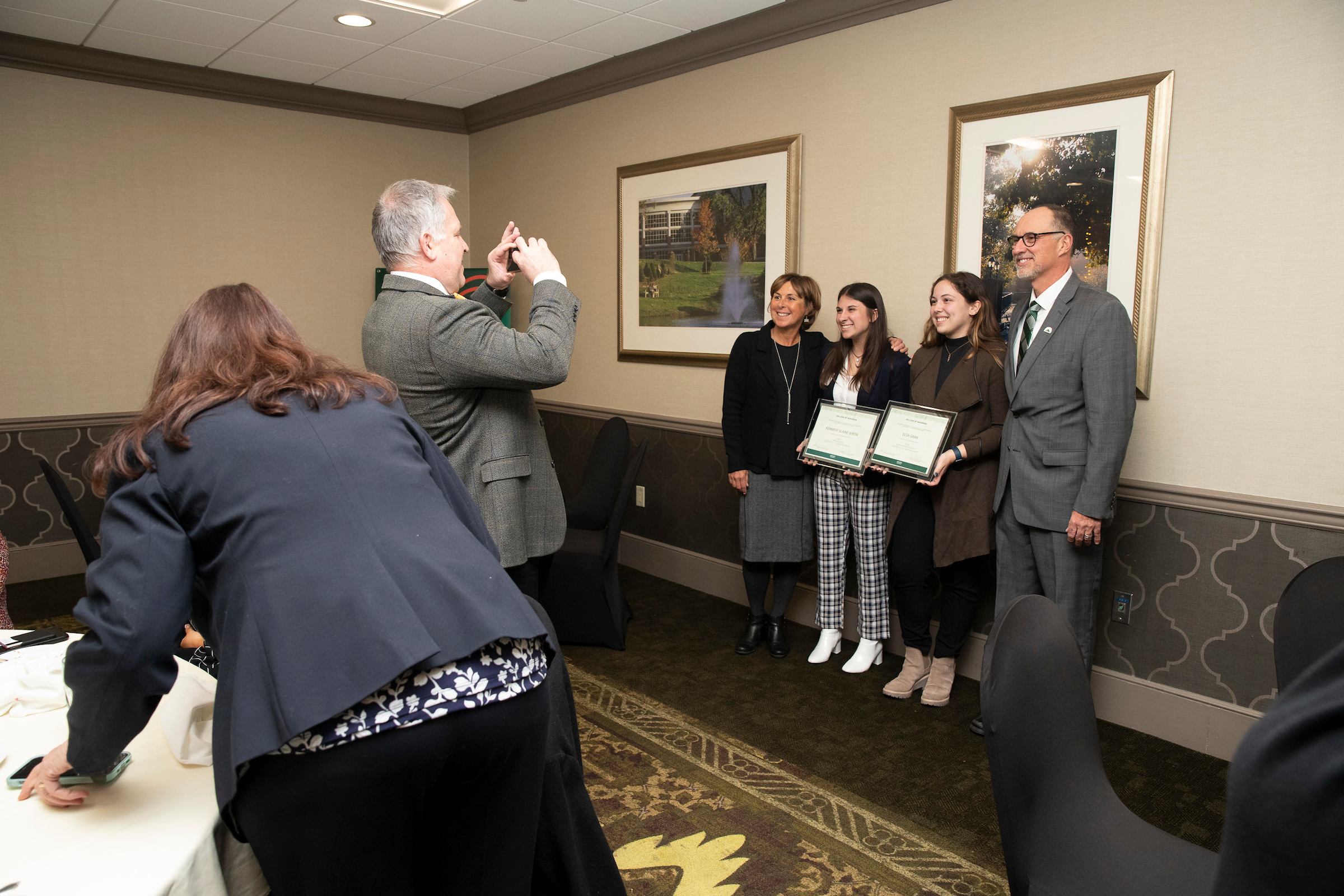