The left-wing Meretz party will back a bill extending Israeli legal protections for West Bank settlers that Justice Minister Gideon Sa’ar has threatened would be a test for the survivability of the diverse and fragile coalition.

Meretz MK Michal Rozin said the left-wing faction’s support is based on coalition agreements to not make any major changes in the status quo regarding the Palestinians, a key component of the pact holding the disparate government together.

The decision leaves the Islamist Ra’am party as the only apparent holdout against the bill within the coalition.

Ra’am has remained tight-lipped about how it will vote on the bill, but it is thought to generally oppose the fact that settlers are granted rights withheld from Palestinians.

The party’s leader, MK Mansour Abbas, was working to persuade his faction members to back the bill, Channel 12 news said.

Meanwhile, the television network reported lingering tension at a meeting called by Prime Minister Naftali Bennett with other party leaders in the ruling coalition of left, center and right-wing factions along with Ra’am. Sa’ar has said the future of the government depends on the bill passing. Reports earlier Wednesday said he was holding talks with opposition figures over a potential new government.

Sources said Sa’ar was “irritable” at the meeting, warning that it is not possible to continue a government when every coalition party does as it pleases. Foreign Minister Yair Lapid then reportedly confronted Sa’ar, saying to him: “The question is how do we deal with this, and do you want to solve it or break it [the government] apart?”

Coalition leaders were said to be puzzled by Sa’ar’s stance on the matter, believing the differences between them can be resolved. 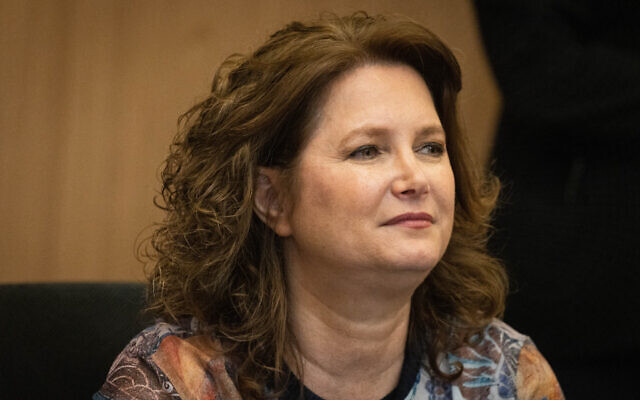 Sa’ar has said that if the bill is not passed, Israeli settlers will be subject to the same military legal system as Palestinians, which he has described as a catastrophic outcome. Under the terms of the bill, Palestinians remain under a separate military justice system.

She also accused members of the coalition’s right-wing parties of trying to portray Meretz as seeking to break up the government, while suggesting that Sa’ar and his New Hope party were the ones looking to do so.

“Perhaps they already have another government, that is how it looks. Because otherwise, in my opinion, it would be possible to resolve this without creating this crisis,” Rozin said.

Her comments came as Channel 13 news reported that Meretz MK Ghaida Rinawie Zoabi laid down a list of demands for her to back the bill, including a government decision to establish a state fund to provide guarantees for mortgages in the Arab community; the formation up of a working group to look at establishing a new Arab town in the north of the country; and the allocation NIS 500 million ($150 million) for the northern city of Nazareth, her hometown.

Rinwawie Zoabi, who announced last month she would no longer vote with the coalition before reversing herself days later, also demanded greater representation of Arab Israelis in the civil service and in allocating land for educational institutes.

Last month Zoabi announced she would no longer vote with the coalition because it was leaning too far to the right, but reversed her stance a few days later, reportedly after reaching a deal for the government to provide hundreds of millions of shekels to the Arab Israel community.

MK Nir Orbach, a member of Bennett’s Yamina party, tweeted that the government “must not give in to the never-ending blackmail by some of the Arab Knesset members. Not MK Zoabi, not anyone.”

The bill “must pass,” he wrote. 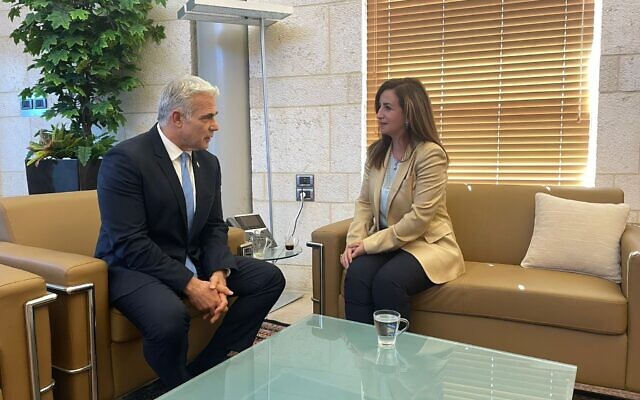 Sa’ar had planned to bring the bill for a vote this week but delayed it amid concerns it would not have enough support in the Knesset. The vote will be held next Monday.

The bill would renew an emergency measure extending Israeli criminal law and certain key civil laws — such as income tax and health insurance — to Israelis living in the West Bank. Though Israel has not annexed the West Bank, the measure ensures that settlers living there are treated as though they live in Israel in most matters, without extending those same legal protections to Palestinians.

Originally enacted in the aftermath of the 1967 Six Day War, the law remains an “emergency measure” that must be renewed every five years. Last passed in 2017, it is set to expire at the end of June.

The political turbulence caused Defense Minister Benny Gantz to delay a visit to India, for the second time, after opposition lawmakers refuse to offset his absence during votes in the Knesset.

Gantz was slated to travel to India to sign a “special security declaration” marking 30 years of security and diplomatic relations between the countries. The trip was initially meant to take place in late March, but Gantz delayed it amid a series of deadly terror attacks in Israel and the West Bank.

Hours before he was scheduled to take off Wednesday, a Likud party source confirmed that the opposition would “absolutely” refuse to offset Gantz’s vote. 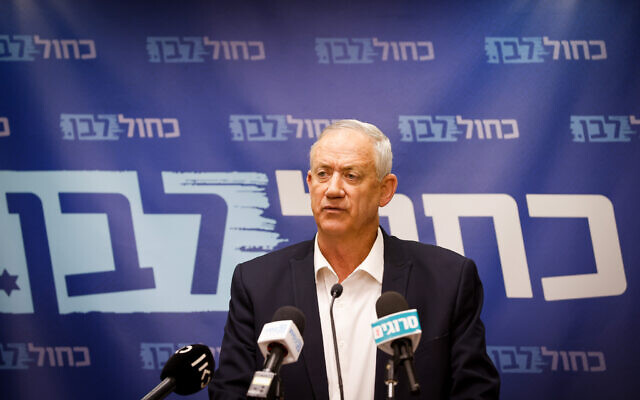 Defense Minister Benny Gantz leads a Blue and White faction meeting at the Knesset, on May 30, 2022. (Olivier Fitoussi/Flash90)

Offsetting votes is a common Knesset practice, whereby a coalition and an opposition MK cancel out their votes by an agreed-upon mutual absence or abstention.

It was not immediately clear if Gantz would fly later in the day. A Defense Ministry spokesperson said the trip would happen at a later time or date, and a Blue and White party spokesperson said he will stay in the country for the time being.