A Knesset member from the progressive Meretz party says the faction will unanimously support a bill renewing a controversial measure that renews Israeli legal protections for West Bank settlers while leaving Palestinians under a separate military justice system.

“The whole faction will vote for it,” MK Mossi Raz says, according to Channel 12 news.

Raz cannot immediately be reached to confirm the support.

The apparent backing of Meretz leaves only Ra’am as the only apparent holdout against the bill within the coalition. 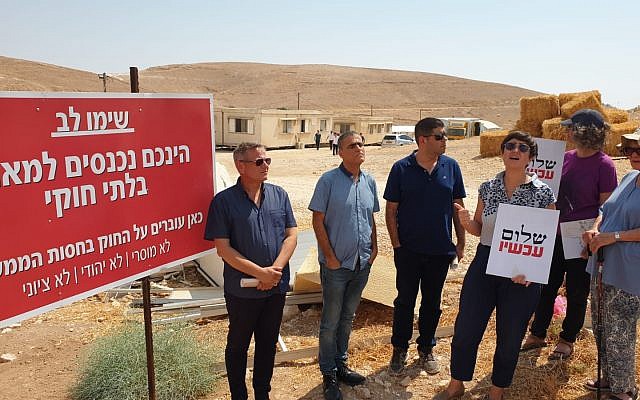 The Islamist party has remained tight-lipped about how it will vote on the bill, but is thought to generally oppose the fact that settlers are granted rights withheld from Palestinians.

The comment from Raz comes as Justice Minister Gideon Sa’ar and Prime Minister Naftali Bennett hold a meeting with other party heads to rally support for the bill. According to Sa’ar, if the bill is not passed, Israeli settlers will be subject to the same military legal system as Palestinians, which he has described as a catastrophic outcome.

According to Sa’ar, the future of the government depends on the bill passing, and rumors Wednesday morning had him in talks with opposition figures over a potential new government.

The opposition has vowed to oppose the bill even though the Likud-led right-religious bloc supports extending the rights.

Meretz’s Michal Rosin tells Channel 12 that Meretz’s support is based on coalition agreements to not make any major changes on the Middle East peace process front, a key component of the pact holding the motley government together.

Offering Advice Is Not Enough: In-House Lawyers Must Be Leaders

Sun Jun 5 , 2022
As an attorney, how often do you hear yourself say, “I give legal advice, I don’t make the actual decisions”? Especially if you have a law firm background, it is easy to view the legal function as limited to counseling those in the business who make the actual calls. Lawyers […]