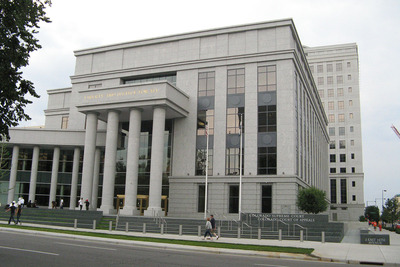 Notre Dame Law School’s Religious Liberty Clinic filed an amicus brief with the Colorado Court of Appeals this week to protect the fundamental right of health care workers and religiously affiliated health systems to carry out their ministries in accordance with their religious beliefs.

The case involves a doctor, Barbara Morris, who worked at a Catholic hospital in Denver run by Centura Health, a Christian health system composed of Catholic and Seventh-day Adventist hospitals. Morris was fired in 2019 after she sought to provide assisted-suicide drugs to a patient — a violation of the hospital’s policy and her employment contract.

The use of assisted-suicide drugs for terminally ill patients is legal in Colorado under the state’s medical aid-in-dying law, but Centura Health and other religiously affiliated hospital systems prohibit the practice on religious grounds.

Centura Health won summary judgment in the case in county district court, but Morris is appealing the decision at the Colorado Court of Appeals.

The Religious Liberty Clinic filed its amicus brief, which supports Centura Health’s position, on behalf of the Catholic Medical Association and the Coptic Medical Association of North America. The amici seek to defend the fundamental right of health care professionals to practice medicine in accordance with their religious beliefs and to preserve a place for individuals and institutions of all faiths in the medical profession.

“At its core, this case concerns a religious hospital’s right to provide care in accordance with its faith commitments. … Indeed, Centura’s freedom to operate consistently with its faith is only as strong as its ability to require its employees — the very people who carry out Centura’s mission — to practice medicine in a way that will uphold its religious commitments,” the brief states.

The brief asserts that health care workers and religiously affiliated medical facilities must have the right to carry out their ministries in accordance with their religious beliefs. This includes the right to refuse to participate in practices — like assisted suicide — that violate those beliefs.

In this case specifically, the brief argues that 1) physician-assisted suicide is antithetical to Christian beliefs, which hold that all life is sacred and prohibit suicide, 2) the First Amendment prohibits courts from becoming entangled in disputes over religious beliefs and policies like Centura Health’s policy prohibiting employees from participating in assisted suicide, and 3) allowing claims like Morris’s could have dire consequences for religious health care professionals and the health care system as a whole.

“This case is about a religious hospital’s right to answer for itself some of the most central questions to religious belief — questions about the nature and dignity of the human person, the appropriate ways to care for the weakest members of our community, and indeed the very meaning of our life and death,” Meiser said. “Dr. Morris obviously disagrees with Centura and St. Anthony Hospital’s answers to those questions. But the First Amendment promises those organizations the right to practice medicine in accordance with their deeply held beliefs, and the court must reject Dr. Morris’s effort to require the hospital to engage in conduct that its religious commitments explicitly forbid.”

Matozzo said, “This brief presented the students with an opportunity to build on and apply the skills that they developed throughout the academic year. It was rewarding to see the students write so clearly and persuasively in support of Centura’s right to follow its religious commitment to protect the sanctity of all life.”

Kniffin, a 2003 graduate of the Law School, said it was an honor to work with his alma mater on the brief.

“Notre Dame has always been a leader on the topic of religious freedom,” Kniffin said. “I’m proud to see the Law School’s Religious Liberty Initiative expanding upon that tradition to help people of faith throughout the United States and around the world.”

Established in 2020, the Notre Dame Law School Religious Liberty Initiative promotes and defends religious freedom for people of all faiths through scholarship, events, and the Law School’s Religious Liberty Clinic. The initiative protects the freedom of individuals to hold religious beliefs as well as their right to exercise and express those beliefs and to live according to them.

The Religious Liberty Initiative has represented individuals and organizations from an array of faith traditions to defend the right to religious worship, to preserve sacred lands from destruction, to promote the freedom to select religious ministers, and to prevent discrimination against religious schools and families.

The photo at the top of this page shows the Colorado Court of Appeals building. See photo credit information here.

EXPLAINER: Why the ERLC still opposes the Respect for Marriage Act | Baptist Life