Former Law Society president Tiana Epati hopes there will be some good news in this month’s Budget for the legal aid system.

The senior barrister said hourly rates for legal aid work have not changed since 2008 and were around half of what a Crown prosecutor or independent counsel receives.

“As a result, there has been an exodus of lawyers willing and able to offer legal aid,” Epati said.

The Law Society commissioned an independent report by Colmar Brunton last year, which surveyed close to 3000 lawyers on “access to justice”.

Three-quarters of the lawyers who participated said they had to turn away people seeking legal aid because they didn’t have the time or their firms had reached the capacity of legal aid clients they could afford.

Epati said the nationwide survey showed the extent of the problem, that thousands of people struggle to get legal representation with potentially life-changing consequences.

With Covid-19 making the situation even worse, Epati said, the Law Society wants the Government to step in and help. “Aotearoa New Zealand’s legal aid system is collapsing,” she said.

Epati was elected president of the Law Society in 2018 and last month officially concluded her term in the role. She’s been replaced by Jacque Lethbridge.

Lethbridge said the Law Society had long advocated for increased funding for the legal aid system.

“Equality of access to justice is fundamental to the rule of law,” she said. “The Law Society’s Access to Justice survey last year identified that 20,000 Kiwis had been turned away from legal aid representation in the prior 12 months.

“That’s not acceptable for me or anyone in the law. Structural change is needed in our legal aid system and fast.”

“Lawyers who undertake legal aid work are deeply committed to ensuring fair and equitable access to justice,” said Lethbridge. “The fact these practitioners are not prepared to continue is indicative of a system that desperately needs both structural change and better support.

“Covid-19 has increased delays throughout the justice system, compounding access to justice issues that won’t be resolved without better resourcing for a system chronically underfunded.

“The Law Society has called on the Government to bring in a substantial, overall increase in legal aid remuneration in Budget 2022 to at least stem the flow. This includes better funding for junior lawyers to support legal aid seniors.”

Without that funding, the problem was compounded because junior lawyers were the senior lawyers of the future, Lethbridge said, succession was fundamental to a well-functioning justice system.

“We will continue to advocate for increased legal aid and systemic change to the legal aid system. Legal aid remuneration has languished, not having been reviewed for more than a decade, and with it the prospects of ordinary Kiwis getting access to justice.

“No citizen is immune from contact with our judicial system. When they are engaged in that system, everyone deserves the right to access legal advice and quality representation no matter their circumstances.

“Aotearoa New Zealand has a proud history of wanting a justice system that ensures people are well represented, that is what is at the heart of these required changes to legal aid,” Lethbridge said.

In other news, Epati was stopped by security at the Gisborne courthouse on Monday. In an Instagram post, Epati said the incident unfolded on May 2 when a security officer mistakenly identified her as a client rather than a lawyer.

“So it finally happened. Got mistaken for a criminal defendant this morning when going to enter court,” the 46-year-old former Crown prosecutor wrote.

“Held up by security and asked for my name on the [court appearance] list. Thought I would include a selfie to show I was actually wearing one of my nicest suits too. #nowords”

Samoan Epati hails from Falealupo and Sale’imoa, and was elected president of the Law Society in 2018 – becoming the first Pasifika and youngest head in the governing law body’s 125-year history.

Following the courthouse confusion, Epati told TheCoconet.TV she realised pretty quickly that the “security guy thought I was a defendant and I said really loudly, you know I am a lawyer, aye?”

“Oh no, so sorry, the guard replied. I wasn’t that rattled. More at a loss to understand how a well groomed brown woman wearing an Issey Miyake suit and carrying a file could be the defendant.

“And that a Māori security guard in Gisborne could make that mistake.”

Sat May 7 , 2022
Professor Sonali Chakravarti discussed the increasing importance of race in the legal system and the changing definition of jury impartiality. by Shena Han | 5/3/22 5:05am On April 28, the Rockefeller Center for Public Policy invited Wesleyan University government professor Sonali Chakravarti to speak about jury impartiality in the 2021 […] 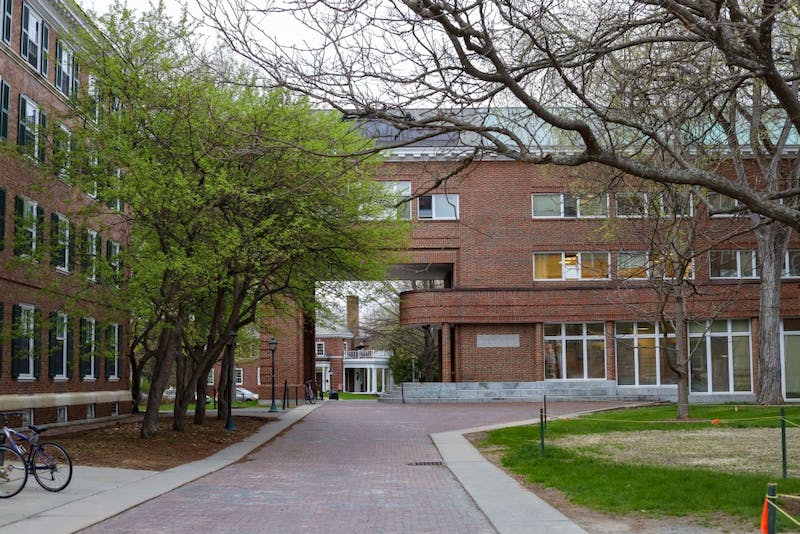