Skip to content
And while no justice (or lawyer, or court) will single handedly introduce massive social change in our country, there are many reasons to be hopeful. Jackson’s experience as a public defender is among them — and not just because it suggests empathy for the criminally accused or an interest in due process, which have become politicized talking points. Public defenders are the only actors in the criminal legal system who stand next to, and work on behalf of, those targeted by it; they see that system with a clarity that others working within it simply do not.

I spent nearly 15 years as a public defender, representing hundreds of people — almost all of whom were Black or brown — criminalized and prosecuted by our legal system. My experiences were similar to those of many other public defenders in our country. I met people immediately after their arrests, in crowded intake cells in the depths of the courthouse. I stood next to them, arguing on their behalf before judges. I explained to their family members and friends what all of the legal code language meant about what was happening to their loved one, where they might be taken, in what clothes, sometimes without necessary medications.

I spent late nights poring over boxes of discovery, preparing for court hearings. I saw police officers lie, prosecutors coerce witnesses and withhold exculpatory evidence, and judges admit shoddy forensic evidence. I argued to juries about why they should doubt the police, doubt the government, and acquit my client.

And I sat next to my clients through emotional, often tearful, sentencing hearings in which all of the grief and loss that the criminal legal system inflicts — on everyone, on all sides of the room — spilled out, seeking a place to go, as our system provides no meaningful outlet for any of it.

Last weekend, Sen. Ted Cruz tried to smear public defenders by suggesting they are flawed for having empathy for the people they represent. He went on Fox News and said, “Their heart is with criminal defendants,” before adding, “Public defenders often have a natural inclination in the direction of the criminal.”

Jackson has almost certainly witnessed some of the same things I did as a public defender, and while I cannot speak for our newly confirmed justice, or any other public defender for that matter, my heart was most certainly, fiercely, with the people I represented.

To use that as a smear reflects, perhaps, Cruz’s own shortcomings; public defenders generally have deep wells of empathy, capable of feeling it in multiple directions at once. Indeed, many people do — including, hopefully, the judges on our highest court.

In a country that criminally punishes people at rates unparalleled in the world, it should be uncontroversial that more heart would be a good thing, especially on the bench. Every case that comes before the court involves a human being with a human story. We want justices who recognize that fact.
And there are a number of other reasons to celebrate the ascension of a former public defender to the court. For so long, our system of criminal law has been grounded in a facade of neutrality that assumes: There are laws, there are enforcers of the laws, and there are people who break or follow those laws. These are assumptions that pervade both popular culture and legal culture. And they are entirely misleading. Given how entrenched racism is in our country, decisions about what — and who — we criminalize are not neutral, nor are decisions about who is policed and prosecuted.
Millions of people in our country have long known this. And that is because millions of people in our country have been directly impacted by our system of mass incarceration. There are almost 2 million people incarcerated in our country. There are an estimated 79 million people with a criminal record, according to the Prison Policy Initiative. And nearly half of all adults in the United States have seen an immediate family member go to jail or prison for at least one night, according to Cornell University researchers. These people know.
And within the criminal legal system, public defenders know. They know that the way our criminal system manifests — through policing, through prosecution and increasingly through surveillance — is anything but neutral. It is infused with centuries of racism. It is built upon the legacy of slavery that undergirds our country. And it relentlessly punishes, seeking ever more control by increasing in size and power, all the while ignoring every data point and signal that its efforts do not make us safer.
How will this insight matter on the court? It could matter when the court is tasked with determining whether the constitution allows the imposition of a life sentence for a child, without regard for whether the child might be positioned to change course in life. It could matter when the court is considering whether to allow the conviction of a Black man to stand, even though the jury decision was not unanimous, with the only Black juror in the case voting to acquit.
It could matter when assessing what it truly means for a criminal defense lawyer to have been ineffective under the constitution, given that someone like Jackson, who has firsthand experience as a defense attorney, will know what the job entails. And it could matter for the court’s evolving consideration of what it means for people, especially Black and brown people, to have unexpected encounters with the police. What does it mean to run from the police? Why might people do that in the 21st century United States? What does it mean to be in a “high crime” area, and what role should that characterization play in what the police are allowed to do? What does it mean for police to say a person appeared nervous or evasive as a justification for a stop and frisk, and what role should that characterization of supposed suspiciousness play in what the police are allowed to do?

But I hope even more that her experience — personal and professional — brings to light some of the realities of police violence, of prosecutorial coercion and of entrenched racism that our courts have elided and sanctioned over and over again. I, along with countless others, am hopeful that our new Supreme Court justice’s experience serves to chip away at the facade of neutrality to which our uniquely cruel criminal legal system has clung so tightly for decades.

Mon Apr 11 , 2022
Sign up for The Brief, our daily newsletter that keeps readers up to speed on the most essential Texas news. After charging a woman with murder over a self-induced abortion, forcing her to spend three days in jail and drawing national attention, Starr County officials announced Sunday they would change […] 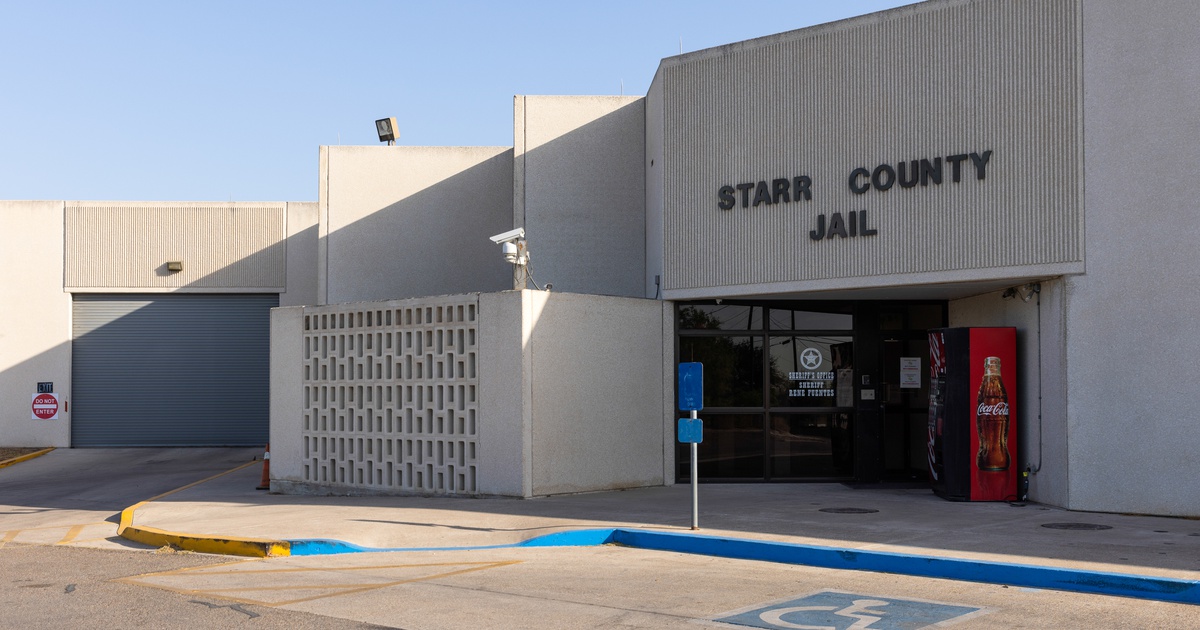