This famous line, spoken by a villain in Shakespeare’s play while plotting to overthrow the government of England, has been used against lawyers for centuries. But careful readers note that the line actually speaks to lawyers’ vital role in upholding the rule of law in society. Before committing treason, the conspirators note that they must first silence the community watchdogs. Lawyers and an independent judiciary ensure equal treatment of individuals under the law, ensuring that no individual receives preferential treatment due to their net worth, race, gender or political affiliation. Above the entrance to the Oklahoma County Courthouse is carved an excerpt from Thomas Jefferson’s inaugural address that emphasizes this critical tenet: “Equal and exact justice to all men, of whatever state or persuasion, religious or political.”

Yet this constitutional right to equal treatment under the law does not always align with prevailing popular opinion, especially when some interested parties have deep pockets of private funding for lobbying and slick marketing efforts. For that reason, efforts to gain political control over the judiciary have continued from Dick the Butcher in Shakespeare’s day to the present-day political gamesmanship in the United States Senate over appointments to the Supreme Court.

Wednesday, the Oklahoma Senate sent Senate Joint Resolution 43, a resolution that would have radically restructured the Oklahoma judicial system, to the House Conference Committee. The bill did not get enough support to advance on Friday, but SJR 43 sought to abolish the Judicial Nominating Commission — permitting the governor to directly appoint all appellate judges — and also would have required lower court judges to run on partisan ballots.  SJR 43 also would have disbanded all Oklahoma county district courts at the end of this year, without creating any successor mechanism to process the thousands of cases currently pending before these courts.

Finally, SJR 43 would have granted the Legislature full authority to license and regulate transactional lawyers (business lawyers), who currently practice under the jurisdiction of the Oklahoma Supreme Court. There is no language in the resolution regarding the qualifications for transactional lawyers who would be licensed by the Legislature to practice law, potentially allowing individuals to be licensed to practice law based on cronyism and political connections, as opposed to the current requirement that all Oklahoma attorneys pass a two-day licensing exam and complete continuing legal education courses each year.

Why was this Legislature suddenly supporting such radical changes to the Oklahoma judicial system? There has been no hint that the current judicial system has been the subject of recent public controversy or unethical conduct. Instead, the current judicial system appears to be under attack by non-transparent special-interest groups. This is particularly concerning, as Oklahoma is a state with a unique history of corruption at the highest levels. Despite having only 1.2% of the total United States population, Oklahoma has impeached and removed two of the 11 total state governors impeached in United States history. Oklahoma also holds the dubious title of being the state with the most elected officials convicted of felonies in a single scandal. In the 1980s, federal prosecutors convicted over 100 of Oklahoma’s 231 incumbent county commissioners and over 50 former county commissioners, representing 60 of the state’s 77 counties, for stealing millions of taxpayer dollars in illegal kickbacks from funds intended for much-needed infrastructure projections.

In the 1960s, the Oklahoma Supreme Court — elected on the exact same partisan ballots proposed by SJR 43 — was similarly rocked by scandal. Before 1967, appellate judges directly raised money from local constituents and ran partisan election campaigns. In 1957, then Chief Justice of the Oklahoma Supreme Court Earl Welch authored an opinion reversing a lower-court decision and finding in favor of an investment company that had allegedly swindled millions of dollars from its shareholders. In 1964, after Justice Welch and fellow Supreme Court Justice Nelson Corn were convicted and served time in a Federal Penitentiary for tax evasion, Justice Corn admitted selling his vote in that case for $150,000 (about $1.2 million today), from which he claimed under oath that he paid $7,500 a piece to Justice Welch and Justice Napoleon Bonaparte Johnson. Justice Corn also admitted to paying justices for their votes in another case during that period. Justice Corn told the U.S. attorney that the money went to assist himself and other members of the Supreme Court in meeting campaign expenses. The money was reportedly delivered to the sitting justices by armored car, mostly in $100 bills, supposedly disguised as “campaign contributions.” After this massive breach of public trust was made public, Justices Corn and Welch resigned their positions on the Supreme Court and Justice Johnson was impeached and removed from the bench. Oklahoma’s judicial system was ridiculed across the nation as being “the best justice money can buy.”

In the wake of this unprecedented corruption scandal, Oklahoma residents voted to ensure the integrity of our judicial system, amending the Oklahoma Constitution to establish a 15-member Judicial Nominating Commission — designed to be as impartial and free from partisan influence as possible. This commission is composed of a bipartisan group of six attorneys selected by the Oklahoma Bar Association, six non-attorneys appointed by the governor, and three non-attorneys appointed by the Senate pro tempore, the House speaker and the commission itself.

Instead of requiring appellate judges to engage in expensive, partisan political campaigns, when there is a vacant seat on the Oklahoma Supreme Court, the Court of Criminal Appeals or the Court of Civil Appeals (and district court vacancies outside the normal election process), the Judicial Nominating Commission reviews the relevant qualifications of judicial applicants, seeks public comment on each applicant, and provides the governor with three names from which the governor then appoints the most qualified candidate. This process ensures that all judicial candidates for appellate court positions are vetted by a broad nonpartisan committee of attorneys and non-attorneys, representing all Oklahomans’ interest in the absolute integrity of the Oklahoma judicial system. Since the Judicial Nominating Commission was created, there have been no reported instances of bribery or scandal involving judges appointed by this process.

SJR 43 sought to abolish the citizen-created Judicial Nominating Commission, allowing the governor to select any individual for the state’s highest court, with only a perfunctory confirmation vote needed from a partisan legislative committee. When combined with SJR 43’s proposition to revert back to partisan district judge races and the Legislature’s attempt to seize licensing authority over transactional attorneys, Oklahoma voters should carefully consider which deep-pocket interest groups stand to benefit from removing Oklahoma’s hard-won institutional guardrails against corruption in the judiciary.

Tue May 24 , 2022
The Law Society has today echoed calls for a clampdown on so-called ‘lawfare’, but warned of ‘unintended consequences’ if reforms are not properly thought through. Responding to the government’s March consultation on strategic lawsuits against public participation (SLAPPs), Chancery Lane stresses the importance of clarity over exactly what a SLAPP […] 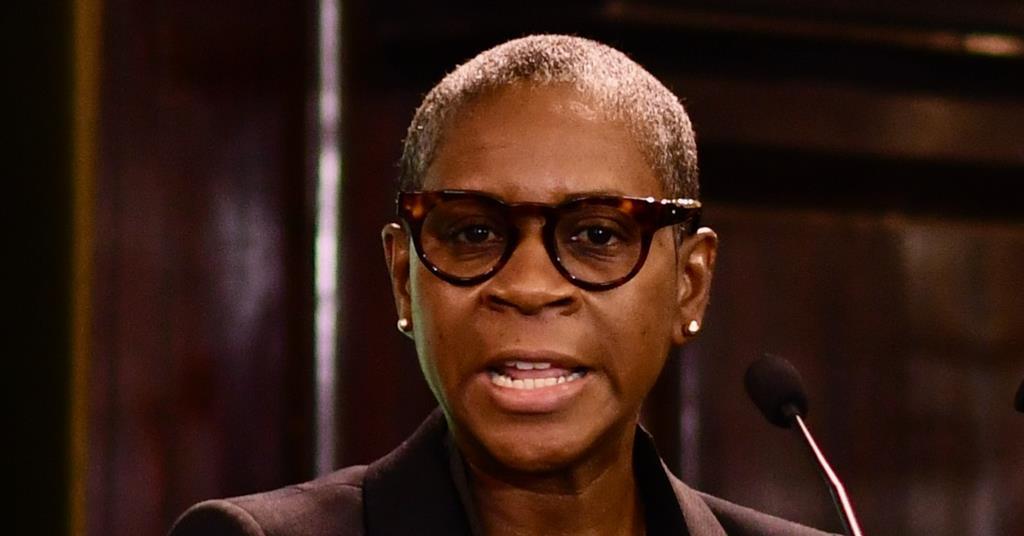