WASHINGTON — Leading senators of both parties have struck a deal over a draft bill that would expand a 1996 war crimes law to give American courts jurisdiction over cases involving atrocities committed abroad even if neither party is a U.S. citizen, in the latest response to Russia’s apparent targeting of civilians in Ukraine.

The idea behind the draft, a copy of which was obtained by The New York Times, is that if someone who committed war crimes abroad later comes to the United States and is discovered, that person could be prosecuted for those actions by the Justice Department. Killings of civilians and the discovery of mass graves in parts of Ukraine that had been occupied by Russian troops have incited an international outcry.

Despite partisan polarization that has generally gridlocked Congress, supporters of the bill — which is chiefly sponsored by the top lawmakers on the Judiciary Committee, Senators Charles E. Grassley, Republican of Iowa, and Richard J. Durbin, Democrat of Illinois — believe the measure has a realistic chance of quickly becoming law.

The senators are still in talks with House members about a possible companion bill and expect to file the measure later this week, committee staff members said.

“The United States must not be a safe haven for war criminals looking to escape justice in their home country,” Mr. Grassley, the bill’s author, said in a statement to The Times. “This bill sends a strong message that people who commit war crimes are not welcome here and should be punished, regardless of where their offense was committed or who they victimized.”

Mr. Durbin said the measure would fill “an egregious gap in our laws” to ensure that foreign war criminals in the United States could be prosecuted.

“Perpetrators committing unspeakable war crimes, such as those unfolding before our very eyes in Ukraine, must be held to account,” he said in a statement. “We have the power and responsibility to ensure that the United States will not be used as a safe haven by the perpetrators of these heinous crimes.”

The senators are lobbying their caucuses to support the bill, hoping to pass it by unanimous consent and skip the committee review process.

Talks on the topic are less developed in the House, however.

Enacted by Congress in 1996, the War Crimes Act incorporates part of the international laws of war into American domestic law. The act made it a crime, prosecutable by the Justice Department, to commit a “grave breach” of the Geneva Conventions of 1949.

Grave breaches include willful killing of civilians, torture, biological experiments and “extensive destruction and appropriation of property, not justified by military necessity and carried out unlawfully and wantonly.”

But while similar laws in other countries, like Germany, provide universal jurisdiction over such offenses, Congress in 1996 limited the reach of the United States. The law covers only instances in which an American is the perpetrator or the victim of a war crime.

The bill introduced by Mr. Grassley and Mr. Durbin would eliminate that restriction, making the law cover any situation in which “the offender is present in the United States, regardless of the nationality of the victim or offender.” It would also eliminate any statute of limitations on war crimes, so prosecutions could be brought many years later.

A House committee report in 1996 said that the Pentagon and the State Department had both urged Congress to enact a more universal law along the lines of Mr. Grassley and Mr. Durbin’s bill. But lawmakers decided that would be unwise, worrying that it would create foreign relations issues.

“Domestic prosecution based on universal jurisdiction could draw the United States into conflicts in which this country has no place and where our national interests are slight,” the report said.

The draft bill tries to address this concern by requiring the attorney general to certify in writing that such a prosecution “is in the public interest and necessary to secure substantial justice.”

U.S. aid. The Senate overwhelmingly approved a $40 billion aid package for Ukraine, bringing the total American investment in the war to $54 billion in just over two months. The measure is the latest proof of the bipartisan support on Capitol Hill for helping Ukraine fight Russia.

In Mariupol. Hundreds more Ukrainian fighters that had been in a steel plant in Mariupol surrendered to Russia. Ukrainian officials have said the fighters will be exchanged for Russian prisoners of war, but they have provided no details about the agreement.

That provision, ensuring a very high-level review of any charges under the law, echoes a safeguard in other laws that could create foreign relations issues, like statutes against the murder of Americans in another country’s jurisdiction.

The 1996 report also said that restricting the War Crimes Act to situations involving Americans would not mean that a foreign war criminal discovered in the United States would have impunity, since that person could be extradited to a foreign court with proper jurisdiction for prosecution.

Lawmakers at the time cited the examples of the international tribunals the United Nations Security Council had recently set up for war crimes in Rwanda and the former Yugoslavia.

However, a few years after the 1996 law, the United Nations shifted from establishing ad hoc tribunals for particular conflicts to creating a permanent tribunal at The Hague for prosecuting war crimes, the International Criminal Court.

But the United States balked, with some lawmakers and officials fearing that the court might try to prosecute American soldiers. A 1999 law prohibits funding the court under any circumstances, and a 2002 law prohibits giving it nonfinancial assistance such as by lending it personnel or sharing intelligence — although there are some exceptions.

The International Criminal Court has opened an investigation into war crimes in Ukraine, and some senators, like Mr. Graham, have expressed interest in removing those barriers. The international court, they say, appears best positioned to indict Russian generals and perhaps even President Vladimir V. Putin.

Mr. Durbin has also expressed interest in codifying in American law other internationally banned atrocities like crimes against humanity, and allowing the victims to file civil lawsuits against foreign perpetrators in American courts.

But while early discussions broached adding those provisions — especially the latter — to a War Crimes Act expansion, Mr. Grassley is said to have pushed to keep the bill streamlined and focus on where there appeared to be the broadest bipartisan consensus.

Sat May 21 , 2022
WASHINGTON —  During a college internship at the Orange County public defender’s office, Rachel Rossi was sent to the local jail. She was given a simple instruction: Ask people who had recently been arrested what they need. “‘Do you need medication? Is your family OK? Are your kids OK?’ In that […] 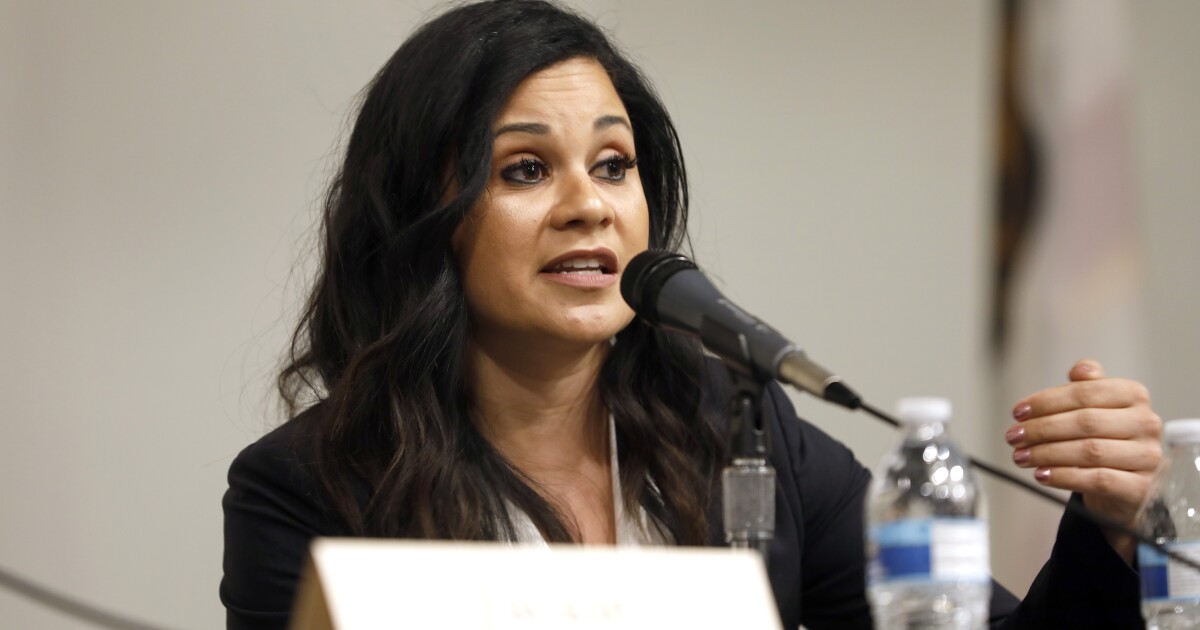