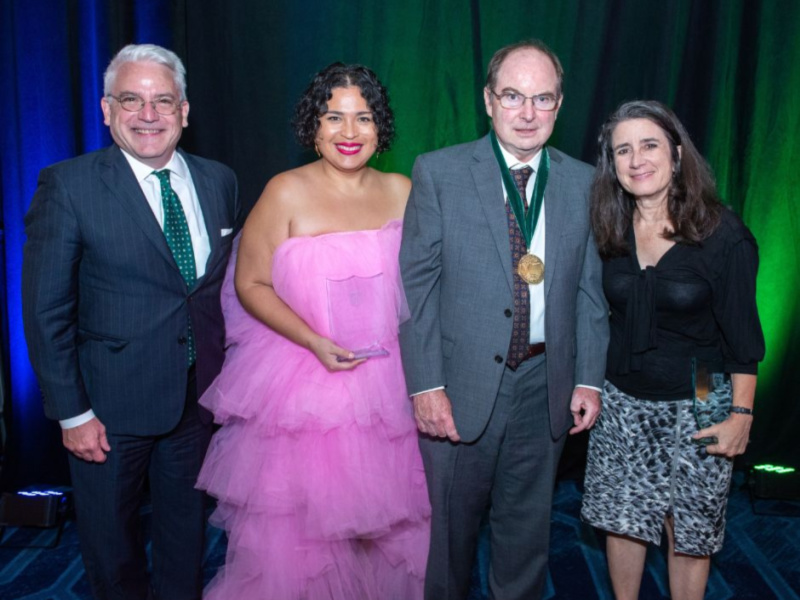 Tulane Law faculty were honored recently as part of the university’s Research, Scholarship, and Artistic Achievement Awards which honor the impact Tulanians have on advancing knowledge in science, engineering, health, education, the arts, the humanities and other academic fields.

Law Professors Maybell Romero and Stacy Seicshnaydre received awards, alongside law-affiliated faculty Professors Dennis Kehoe and Walter Isaacson. They joined a total of 30 members of university faculty who were honored for their exceptional contributions to the university and their fields.