One thing you need to do

Send your views in to the government’s criminal legal aid consultation.

Whether you are a duty solicitor or work in another field, you can help us save criminal legal aid in England and Wales. Our quick guide to the government’s consultation explains how junior lawyers, criminal legal aid practitioners and other solicitors can make their voices heard.

What you need to know

The Lord Chancellor and his ministers were questioned by MPs at Justice Questions on Tuesday 24 May.

The shadow justice minister, Afzal Khan, pointed to the issue of legal aid deserts. He criticised ministers for not implementing the 15% increase in criminal legal aid rates recommended by the Bellamy review and asked the government to level up justice.

The Legal Aid Minister, James Cartlidge, said the government would be raising criminal legal aid rates as soon as possible and had committed £135m to the system.

The Shadow Courts Minister, Alex Cunningham, criticised the courts backlog target of 53,000 cases and asked how long people are waiting for their cases to be heard.

Cartlidge noted that the government had removed the cap on sitting days and given magistrates greater sentencing powers to keep cases out of the Crown Court.

Conservative MP Esther McVey asked what was being done to tackle delays in the family court.

The Lord Chancellor said the majority of cases should be dealt with before they reach court through alternative dispute resolution and he hoped to see this happen more.

The Ministry of Justice published its proposals for the upcoming Victim’s Bill on Wednesday 25 May. The Bill is intended to improve the experience of victims in the justice system and provide them with additional support.

The legislation will give victims a greater say in their cases, with prosecutors obligated to meet with them during the case.

The Bill will give ministers the power to order the criminal justice inspectorates to undertake regular joint inspections on victims’ issues and to produce plans to drive improvements in the system. It will now be examined by the Justice Select Committee for pre-legislative scrutiny, before being introduced in Parliament later in the year.

We have previously welcomed greater support for victims, but said this must be accompanied by proper funding of the courts and our criminal legal aid system to ensure timely access to justice.

MPs held a Westminster Hall debate to discuss the issue of foreign lobbying in the UK on Wednesday 25 May.

Seely advocated for a broad foreign agent registration process that would include lawyers and law firms and criticised the use of lawfare to “silence” critics.

Labour’s Chris Bryant stated that the UK is particularly vulnerable to foreign lobbying because it is a “free society” which believes in the rule of law and has a “democratic process that is very open”.

The government did not include the proposed FIRS when they introduced the National Security Bill but have indicated that they plan to include it in an amendment to be brought forward in the next few weeks.

We support the intentions of such a scheme, but is keen to ensure that legal professional privilege (LPP) is protected to ensure adequate and fair access to justice.

We will keep members informed on any further developments.

On Wednesday 18 May the Joint Committee on Human Rights held an evidence session on protecting human rights in care settings with Gillian Keegan, Minister of State for Care.

Upon being questioned about the restrictions on care homes during the pandemic, the minister said:

Concerns were raised about the complaints procedure for the families of those in care settings. Committee chair, Harriet Harman, said they had heard a “total absence of confidence…in the ability of residents’ relatives to complain”.

The Minister said that she too is concerned that people are worried about retaliation if they complain and that she is looking into this.

On the deprivation of liberty safeguards, the Chair said these apply to individuals who need to be deprived of their liberty to enable care because they lack the mental capacity to consent to arrangements.

The Chair said that the Committee had heard complaints about delays in processing with regards to giving individuals care.

The Minister said that the current system is too complex, and that the new system, still yet to be proposed, would be less so.

We’ll be working closely with MPs and peers to influence a number of bills and inquiries:

Fri Jun 3 , 2022
The US Supreme Court has blocked a Texas law that would ban large social media companies from removing posts based on the views they express. According to the New York Times, the court’s brief order was unsigned and gave no reasons, which is typical […] 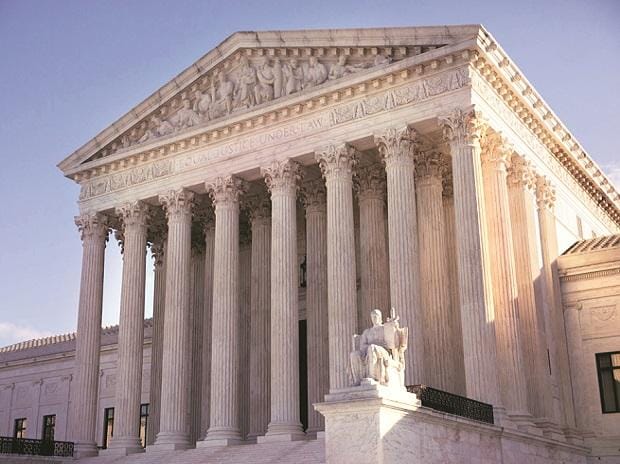